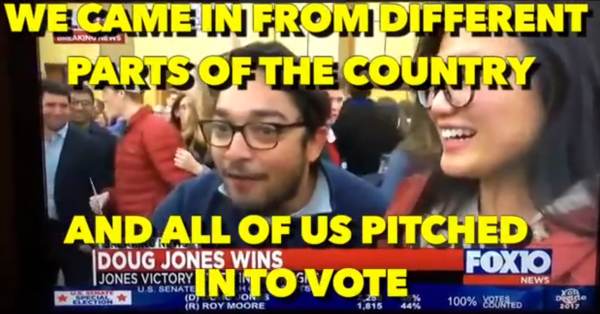 In a montage of election clips and news reports from the Alabama Senate race which was posted to Reddit early on Friday morning, one man tells the reporter that “we came here all the way from different parts of the country” to “vote and canvas together.”

In the first clip, taken from the Fox 10 coverage of the Doug Jones victory party in Birmingham, a very excited man tells the reporter that “we came here all the way from different parts of the country as part of our fellowship and all of us pitched in to vote and canvas together — and we got our boy elected!”