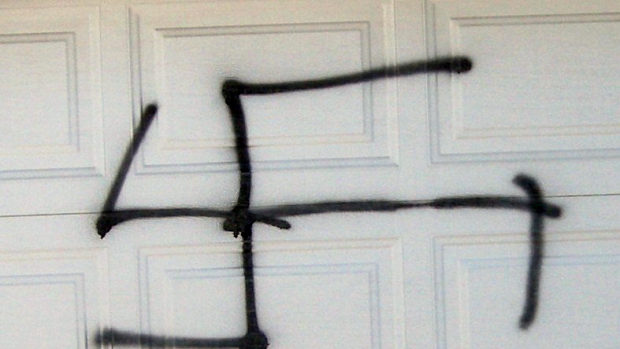 A 52-year-old black man is being charged with destruction of property after allegedly getting caught spray-painting a swastika inside campus living quarters, according to Fox5.

Officials for the school discovered the swastika on a trash cart inside the fifth floor of Hagerstown Hall.

One student, apparently bewildered by the news, didn’t seem to recognize the possibility of Ronald Alford Sr.’s artwork being an attempt to stage anti-Semitic sentiment at the college.

“I guess it proves that you don’t have to be a certain race to hate people,” student Abby Gorun told Fox5. “But I mean, it’s just you would think that someone, especially from a race that has been subjected to hate before, you would think why would you want to reciprocate that to somebody else?”

Alford is also being charged with disturbing the operations of a school, and will be barred from entering campus, according to Fox5. A hearing in court is slated for sometime next month.

Fox5 is basing its report of his race off of court records, as well as a listed address and them going to where the man apparently lives. The Daily Caller News Foundation reached out the University of Maryland Police Department multiple times, but received no comment in time for publication.