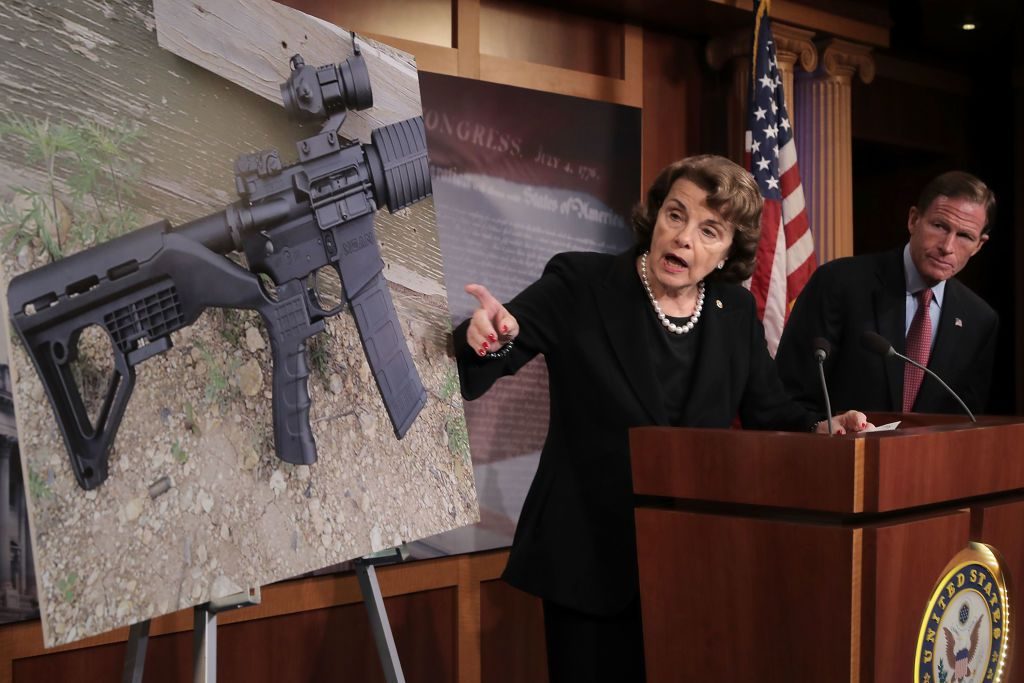 It never ceases to amaze me how a group of people that are most opposed to guns and the 2nd amendment continue to proclaim their expertise on the subject. It seems that the more gun hating the speaker is, the more of a gun authority they think they are.

It starts with the Left’s demand that no one should be able to walk into a store like Walmart and purchase an automatic weapon. This, of course, would be an interesting event since automatic weapons were banned from citizens to own since 1934.

Senator Diane Feinstein claims that we need to ban large capacity clips because they are no good for duck hunting and they also make it easy to hunt humans. Well, it is not a clip – it is a magazine.  Also, I’m going to go out on a limb here and say that it is still illegal to hunt humans.

Hillary Clinton couldn’t wait to post how much more death would have occurred if the Las Vegas Shooter had a silencer. First off, silencers are in only in the movies – not in the real world.  What she is referring to is called a suppressor  which does not make a gun silent. It reduces an AR15’s shot by 30 decibels. which takes it down to about the sound a jack hammer makes. In addition, had the shooter used a suppressor, the heat produced by the rapid firing would have caught the weapon on fire and reduced his ability to shoot.

Of course, Creepy Uncle Joe Biden famously recommended that people should fire two rounds from a doubled barrel 12 gauge shot gun from your balcony if you think you have an intruder.

Congresswomen DeGette claims to have devoted 10 years of her life to banning what she calls assault magazine clips –  which doesn’t exist. She went to explain to a crowd of voters how banning these large capacity magazines will get rid of them – since people who own them will use them and then they will be out of bullets.

I have heard politicians claim that tracer bullets, which are made to light up at night when shot, are really heat seeking bullets. That AR15 can shoot 700 hundred rounds per minute, of course assuming you have a six foot long magazine.  My favorite, though, was a reporter at NBC claiming that a shooter had an AR15-type shot gun.

Those of us on the Right, who cherish our 2nd amendment rights, have enough sense to stay in our own lane and not go on TV to tell urban lumberjack beta males how to tie up their man buns.

Can you really take someone seriously when you know that what they are saying is ridiculous? If the Left, or for that matter, anyone wants to have a substantive conversation about a subject, should learn what you are talking about first.