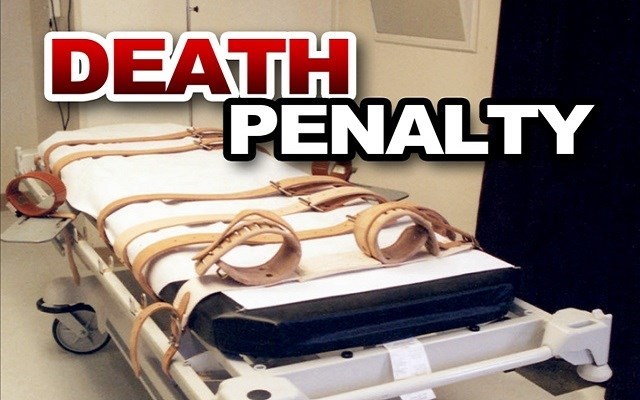 A Maryland congressman will submit a bill to revive the death penalty in the state, local media is reporting. State Sen. Bob Cassilly, a Republican, will introduce a bill that would reintroduce the death penalty as a punishment for people convicted of certain crimes.

#Breaking: State Sen Bob Cassilly plans to introduce legislation to bring back death penalty in Maryland for some crimes pic.twitter.com/Xh1B4f5xNL

Cassilly’s bill would permit the execution of people convicted of murder along with other factors, such as the killing of an active-duty law enforcement officer, the commission of a hate crime, or killing more than one person, or who solicits another to do any of the crimes that would qualify for the death penalty. Cassilly suggests using a mixture of heroin and fentanyl as a the method of lethal injection.

Currently, states that use lethal injection use a mixture of a sedative, a drug that triggers respiratory arrest, and another that stops the heart from beating. They do not use opioids or opiates. Despite the oddity of the method of execution, this is apparently a real bill.

Maryland abolished the death penalty on May 2, 2013, and the last four people on death row had their sentences commuted to life in prison without the possibility of parole on December 31, 2014.

The last person executed in Maryland was Wesley Eugene Baker, who shot and killed Jane Tyson in front of her grandchildren in the parking lot of a shopping mall on June 6, 1991. Baker attempted to rob Tyson and asked for her purse before shooting her in the head.

John Allen Muhammad, one of the D.C. snipers, committed some of his murders in Maryland, but he was tried and sentenced to death in Virginia. He was sentenced to six life sentences without parole in Maryland.