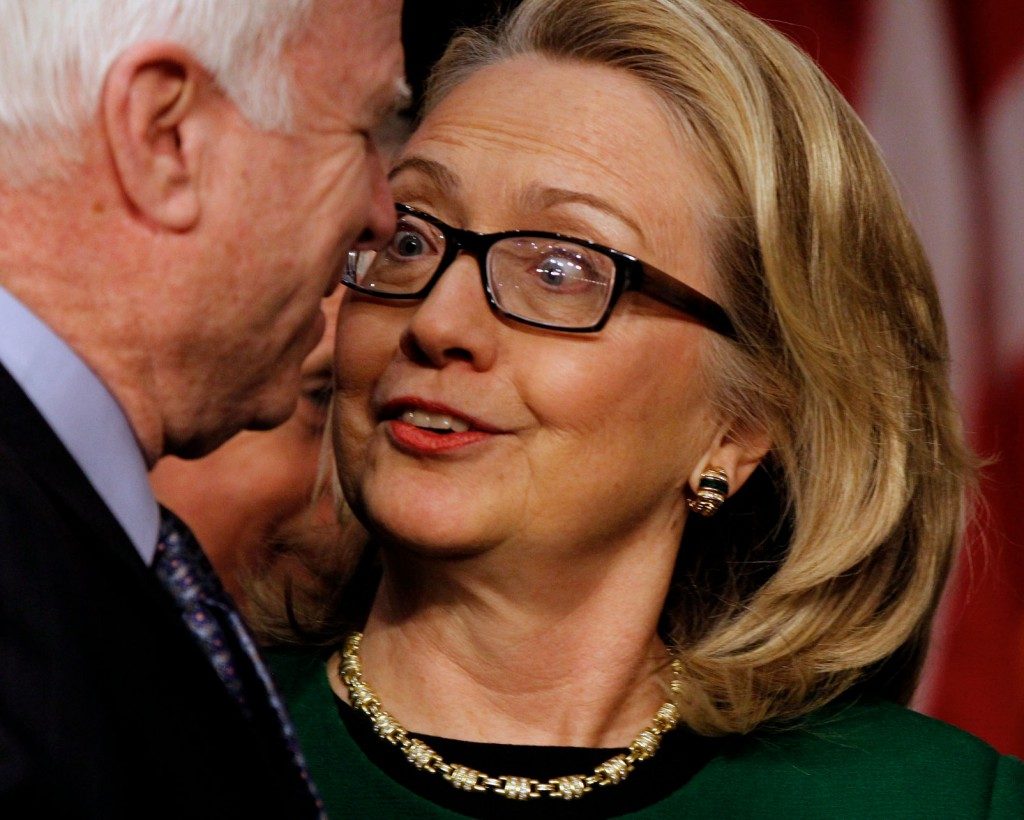 Arizona Republican Sen. John McCain called out former presidential candidate Hillary Clinton for trying to rewrite the history of the 2016 election shortly after she lost, and recommended she “just shut up.”

“You’ve got to understand that you can’t rewrite history,” McCain told Esquire magazine for a long profile released Monday.

“One of the almost irresistible impulses you have when you lose is to somehow justify why you lost and how you were mistreated: ‘I did the right thing! I did!’ The hardest thing to do is to just shut up,” McCain said.

Clinton says she’s spent much of the year since her loss to President Donald Trump last November writing “What Happened,” a story of how her campaign failed to defeat Trump.

McCain is working on his own memoir that will include what happened during the 2008 campaign, when McCain lost the presidential race to Barack Obama, then a junior senator from Illinois. Plenty has already been written about McCain’s campaign, including a damaging postmortem “Game Change,” which shows the internal struggles with bringing Sarah Palin onto the presidential ticket.

“Listen, my own campaign manager was part of a book that trashed me. Steve Schmidt was one of the big contributors to ‘Game Change,’” McCain said speaking about how difficult it is to be quiet after a loss.

“What’s the fucking point? Keep the fight up? History will judge that campaign, and it’s always a period of time before they do,” McCain said. “You’ve got to move on. This is Hillary’s problem right now: She doesn’t have anything to do.”

McCain also said that he does not regret picking Palin as his vice presidential candidate, calling her a “wonderful person” who was unfortunately pilloried by a biased press corps.

“To blame things on Sarah Palin is a cop-out,” McCain told Esquire. “The fact is that they were out to get her. They ridiculed her. They denigrated her.”