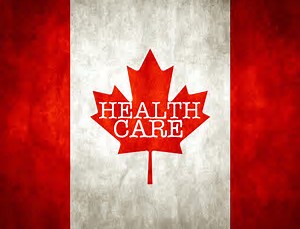 “Free” Canadian healthcare is not free, according to a report released Tuesday by noted conservative Canadian think-tank, The Fraser Institute.

The report illuminates that a “typical Canadian family of four will pay $12,057 for health care in 2017—an increase of nearly 70 percent over the last 20 years.”

Canada operates under a medicare system that is understood as single-payer. Not only does the federal government use money from its general revenue to finance this taxpayer-funded health care system, individual provinces also contribute by raising money through special levies that are deducted when Canadians pay their income tax.

Former Democratic presidential nominee Hillary Clinton spoke repeatedly of her admiration for Canadian medicare, and Congressional Democrats could be moving in that direction in their response to the implosion of Obamacare.

“Health care in Canada isn’t free—Canadians actually pay a substantial amount for health care through their taxes, even if they don’t pay directly for medical services,” said Bacchus Barua, senior economist with the Fraser Institute’s Centre for Health Policy Studies, in a statement. He is the co-author of the institute’s report: The Price of Public Health Care Insurance, 2017.

For all those tax dollars, there is still a long waiting list for a host of operations, both routine and urgent. Another Fraser Institute study recently revealed that 63,000 Canadians left the country in 2016 to seek medical assistance elsewhere — usually the U.S.

The think-tank compiled information from Statistics Canada and the Canadian Institute for Health Information to base its claim that the “average Canadian family with two parents and two children with a household income of $127,814 will pay $12,057 for public health-care insurance this year.”

“It’s important for Canadians to understand how much they pay for public health-care insurance so they’re in a better position to decide whether they get good value for their money,” Barua states.