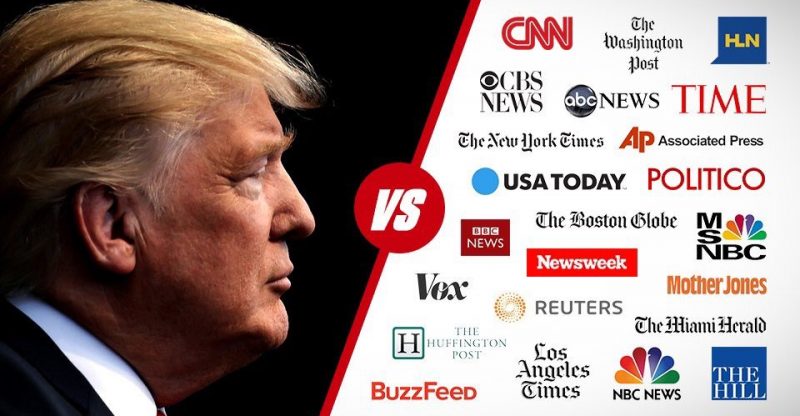 President Trump had not actually come out and formally endorsed Alabama U.S. Senate hopeful Roy Moore – until this morning. The judge is the victim of one of the most disgusting and deceptive smear campaigns since the media tried to do the same thing to Trump himself last year – it blew up.

Just as the ginned-up case against Moore is doing after the Washington Post’s hit piece dragging out women with four-decades-old accusations is blowing up. Just as feminist ambulance chaser Gloria Allred’s yearbook is still being withheld from an independent handwriting expert has failed.

It was a sloppy and ham-handed hit job and was guaranteed to fail when Judge Moore who is no shrinking violet, refused to bow to pressure and get out of the race.

The vote is now only eight days away and George Soros has boots on the ground trying to register voters, efforts are underway to get every felon possible registered as well and it will likely come down to turnout. The only real effect that the attempted takedown of Moore has done is eroded what was once a commanding lead – it’s going to come down to getting out the vote next Tuesday and all Republican hands should be on deck.

Trump has now joined the fray in what could be a boost to Moore and a counter to all of the out-of-state forces who are working around the clock to strip Alabamans of the right to elect their own leader.

Democrats refusal to give even one vote for massive Tax Cuts is why we need Republican Roy Moore to win in Alabama. We need his vote on stopping crime, illegal immigration, Border Wall, Military, Pro Life, V.A., Judges 2nd Amendment and more. No to Jones, a Pelosi/Schumer Puppet!

Putting Pelosi/Schumer Liberal Puppet Jones into office in Alabama would hurt our great Republican Agenda of low on taxes, tough on crime, strong on military and borders…& so much more. Look at your 401-k’s since Election. Highest Stock Market EVER! Jobs are roaring back!

President Donald Trump endorsed U.S. Senate candidate Roy Moore on Monday, throwing his weight behind the embattled Alabama Republican ahead of next week’s special election in the state that has been rocked by allegations of sexual misconduct.

In a post on Twitter, Trump said Republicans needed Moore to win in order to secure votes on key issues such as immigration even as other Republicans have backed away from the candidate.

“Democrats refusal to give even one vote for massive Tax Cuts is why we need Republican Roy Moore to win in Alabama,” he wrote.

Trump’s tweet is his strongest endorsement of Moore since the sexual misconduct accusations surfaced against the former Alabama judge last month. Moore has called the allegations false.

“We need his vote on stopping crime, illegal immigration, Border Wall, Military, Pro Life, V.A., Judges 2nd Amendment and more. No to Jones, a Pelosi/Schumer Puppet!” Trump wrote, referring to Democratic congressional leaders Nancy Pelosi and Chuck Schumer.
Trump’s endorsement of Moore isn’t going to sit well with the swamp and its propagandists, look to hear a lot about the Access Hollywood tape, white supremacy, sexual assault and Russian bots as the unified response is coming and it will be withering.

The establishment’s treatment of Moore has been shameful and an affront to the good people of Alabama who according to polls, aren’t buying this hoax that is promoted from the fake news media.

If Moore survives, it will be a crushing blow and while it will come short of destroying the Death Star, it’ll put one hell of a dent into it.