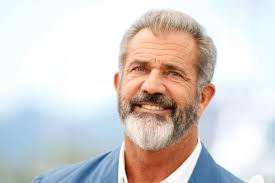 Mel Gibson is making a big comeback after his decade-long quasi-exile from Hollywood prompted by a series of troubling reports about the star’s behavior. While promoting his new comedy, “Daddy’s Home 2,” in the U.K., Gibson offered some carefully worded thoughts on the wave of allegations sweeping through Hollywood.

The allegations coming to light, said Gibson, are “painful” but that pain is a “precursor to change.”

“Things got shaken up a little bit and there is a lot of light being thrown into places where there were shadows and that is kind of healthy,” said the actor, The Guardian reports. “It’s painful, but I think pain is a precursor to change.”

Gibson is referencing the dozens of sexual misconduct allegations that continue to stream out of Hollywood seemingly daily since the New York Times’ first bombshell report on a number of allegations of sexual harassment and assault against megaproducer Harvey Weinstein. Along with Weinstein, who has now been accused by over 50 women of some form of sexual misconduct, actor Kevin Spacey has been accused by several men – including Richard Dreyfuss’s son – of similar offenses. Director Brett Ratner is also among the number of Hollywood power players facing sexual allegations.

Gibson’s alleged behavior has haunted his career for several years. In 2006, Gibson made headlines after he allegedly unleashed an antisemitic rant on a police officer who pulled him over for drunk driving, something Gibson blames on the alcohol and his irate state of mind. Five years later, he pleaded no contest in a misdemeanor battery charge against his former girlfriend, Oksana Grigorieva, in 2011, admitting he slapped her when they were in an argument but also alleging that she was trying to extort millions from him.

Gibson’s professional rehabilitation has been a multi-year process, and one in which beloved actor Robert Downey Jr., who went through his own personal and professional valley, played a role. In his famous “hugged the cactus” speech during the 25th Annual American Cinematheque Award Ceremony in 2011, Downey asked Hollywood to forgive Gibson, who had helped him get through his own struggles.

As the Guardian notes, Gibson also addressed the ugly 2006 episode last year, blaming the booze and a “nervous breakdown” for his behavior, and maintaining that he has “never discriminated against anyone.”

“It was an unfortunate incident,” Gibson told Variety. “I was loaded and angry and arrested. I was recorded illegally by an unscrupulous police officer who was never prosecuted for that crime. And then it was made public by him for profit, and by members of – we’ll call it the press. So, not fair. I guess as who I am, I’m not allowed to have a nervous breakdown, ever.”

“Ten years have gone by,” said Gibson. “I’m feeling good. I’m sober, all of that kind of stuff, and for me it’s a dim thing in the past. But others bring it up, which kind of I find annoying, because I don’t understand why after 10 years it’s any kind of issue. Surely if I was really what they say I was, some kind of hater, there’d be evidence of actions somewhere. There never has been.”