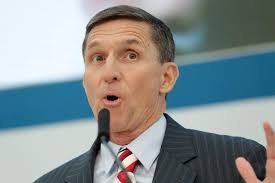 Special counsel Robert Mueller has charged former national-security adviser Michael Flynn. The news was first reported by CNN. Flynn is charged with “willfully and knowingly” making “materially false, fictitious, and fraudulent statements” to the FBI regarding his contact with Russian ambassador Sergei Kislyak.

According to the indictment, Flynn’s false statements included that, on December 29, 2016, he “did not ask [Kislyak] to refrain from escalating the situation in response to sanctions that the United States had imposed against Russia that same day”; and that he “did not recall [Kislyak] subsequently telling him that Russia had chosen to moderate its response to those sanctions as a result.” The indictment also alleges that Flynn made false statements about his contact with Kislyak on December 22, 2016.

Flynn was an adviser to the Trump campaign and served as national-security adviser in the Trump administration before resigning on February 13.