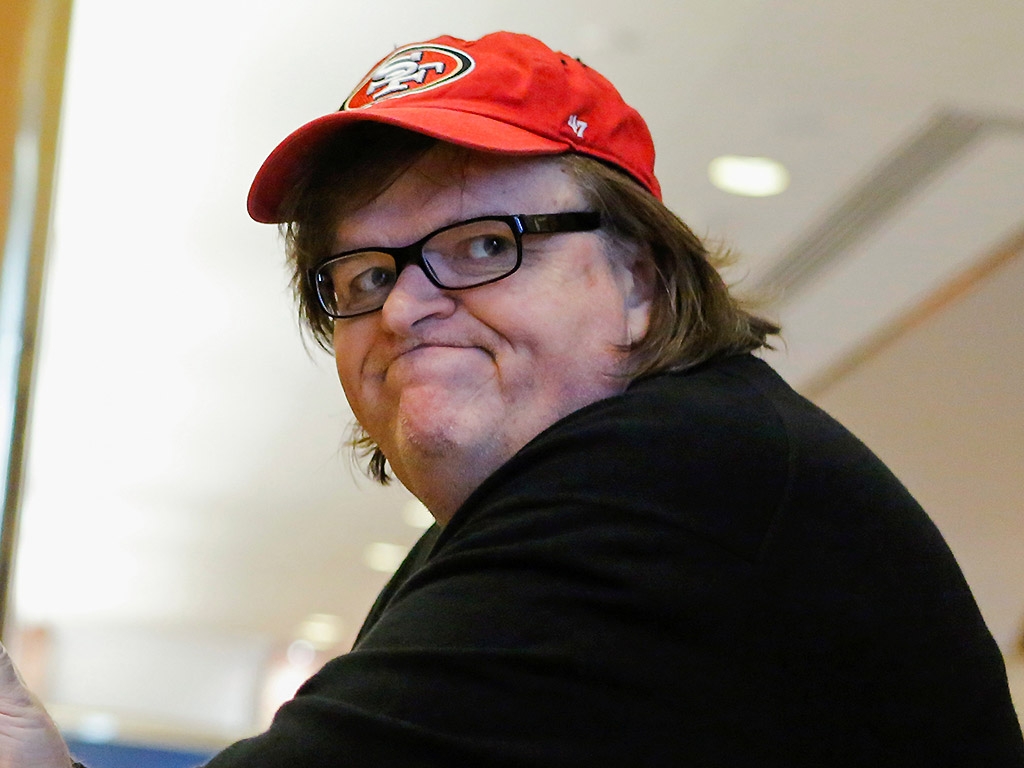 Well, there you have it. Even the most ardent left wing activist in the country, Michael Moore, says that right now, Trump is heading for a second term. The Flint native said this to Fast Company, who was interviewing him about his current show The Terms of My Surrender. Knowing working class whites, having lived among them for years, Moore was one of the few on the Left who thought Trump could win the 2016 election. Moore is using this play in the hopes that it could be one of the many tools the Left can use to beat Trump and the Republicans in the upcoming election cycles, but specifically 2020:

Three weeks into the run of his anti-Trump Broadway show, The Terms of My Surrender, filmmaker and activist Michael Moore tells Fast Company that the president will be reelected in 2020. “I should say re-appointed, because we will have an even larger population that will vote against him in 2020,” Moore says. “But he will win those electoral states as it stands now.”

As dire as Moore’s prediction is–and let’s not forget that he was one of the few people who foresaw a Trump victory–he has a plan to change how it stands. His show is an attempt to generate the momentum and activism he thinks we need to shift the facts before the next election. “Here’s the good news: We don’t have to convince a single Trump voter to vote differently because we already have the majority,” Moore says, pointing out that Hillary Clinton won the popular vote by nearly 3 million.

Moore also says we have to get people united behind the most viable candidate–whoever that will be–battling Trump for the presidency in the next election. “Eight million Obama voters voted for Trump. We just need to convince a few of them–hold out our hand and bring them back. Can we do that? I think we can do that,” Moore says. “You know, there were seven-and-a-half million that voted Green or Libertarian. I think we can convince a few of them to come back. We don’t need to convince a whole lot here.”

Some critics have complained that Moore is preaching to the converted. And they’re not wrong about that. Moore knows full well his audience is full of like-minded people who are against Trump’s vile politics. What Trump supporter is going to shell out money to see Moore on Broadway?

But here is what those critics are missing: Moore also knows that many of the people coming to see the show are not activists. In fact, for many Americans, no matter what their politics, the idea of protest and even being politically active is new, and people don’t know where to start.

Moore is not out to shame anyone for taking democracy for granted. Rather, he is using his Broadway show to encourage people to fight the Trump administration and to give them the confidence to do so by actually demonstrating how one person can make a difference.

Mr. Moore has voiced support for the National Popular Vote Interstate Compact to replace the current way in which we allocate delegates in the Electoral College. So far, 10 states, including Washington D.C., have signed onto the agreement totaling 165 votes. The compact merely says these states’ electoral votes will go to whoever wins the most popular votes, thus incentivizing Republican voters in deep blue states to head to the polls. While I’m not totally convinced about the compact, we should have a debate about the current system, which is going to have a clear and decisive Democratic advantage once Trump has left the White House. As it stands, if Florida goes blue, which it will, the Sunshine State—coupled with the states that are already reliably Democratic—give liberals the 271-vote edge to win. Rural and urban areas roughly break 60-63 percent Republicans and Democratic respectively in national elections. Suburbia, where two-thirds of the country lives, is a 50/50 split. This isn’t a shoo-in for Democrats, but that’s a debate for another time.

What Moore points out is key: there’s division and Democrats need to do something about white working class voters, which the progressive elite shuns and denigrates on a daily basis. They want to cut them lose and leave them to their own devices. Concerning third party voters, Democrats do know that the Johnson-Weld campaign’s own internal polling showed that 75 percent of their voters would have backed Trump if Gary Johnson decided not to run. So, once again, we’re back to winning back Obama voters who flipped for Trump (i.e. white working class) and that’s not going to be an easy task when you have nutty people saying that we need to sanitize our history, tear down monuments to the Founding Fathers, double down on identity politics, complain about Trump, and obsess about Russia. That’s the Left right now. In the meantime, they have no leader, no message (Moore saw this too), a brewing civil war between the progressive and establishment wings, difficulties fundraising, and no political apparatuses to help recruit new candidates in areas that they need to retake in order to win back their majority in Congress. Oh, and they’ve become very good at losing special elections too. Yeah, I would say Trump is on track for a 2020 victory as well. And calling Trump supporters racists is probably not a good bet either.