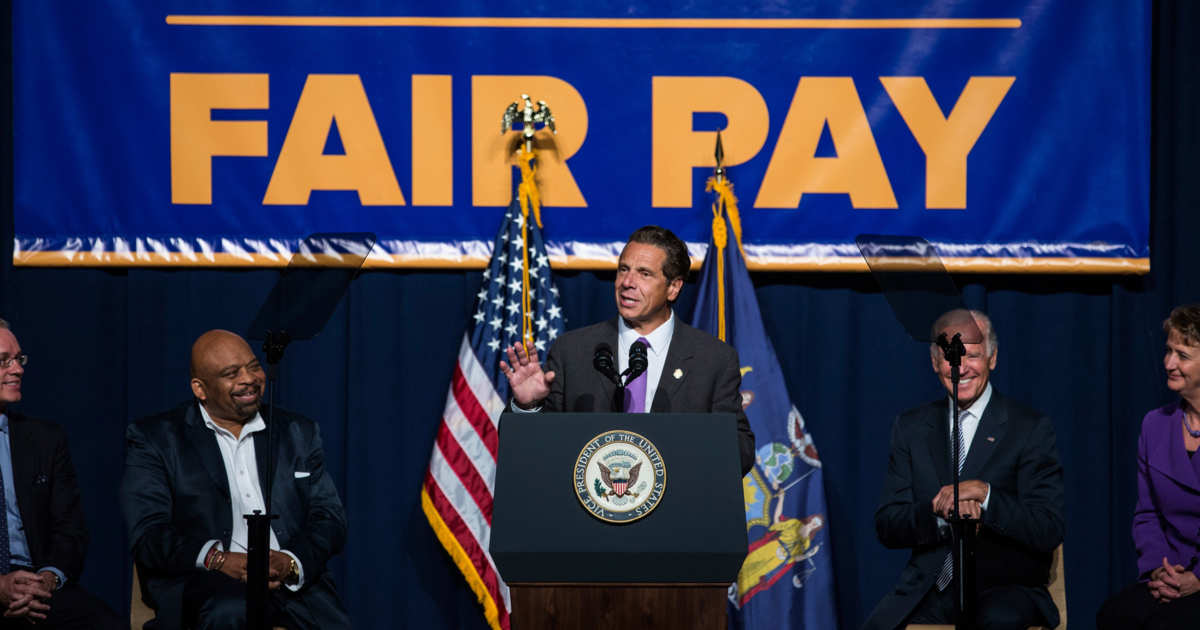 Seattle has been under the microscope concerning their minimum wage hike experiment, which has reduced wages and hours for workers. The city passed a $15/hour minimum wage law in 2014, which was to be gradually phased in on a four-year timetable. Right now, it’s at $11/hour and the detrimental impacts of the increase were reported in July of 2016. The effects were reduced wages, fewer hours, and fewer job opportunities. You thought that a four-dollar increase was going to ameliorate the problem—nope. And more bad news was coming down the pipe, as city hall knew the latest study from the University of Washington was going to throw more cold water on the initiative, so they sought the services of friendlier academics to help them out with this public relations issue. Yet, let’s head east because New York also screwed over its workers with minimum wage hike fever. The results were the same: fewer businesses in operation, fewer jobs, and reduced wages. You’d think that liberals would understand that basic economics is telling them through the data that minimum wage hikes are very, very bad ideas (via NY Post) [emphasis mine]:

The Empire State lost 1,000 restaurants last year and the number of jobs as cooks, servers and dishwashers grew by an anemic 1.4 percent. That’s a far cry from the 4.4 percent annual growth the state’s eateries enjoyed from 2010 to 2015, according to the Employment Policies Institute, a nonprofit research group.

The Big Apple accounts for the lion’s share of the state’s growth — and the slowdowns in the city are more dramatic.

Employment growth at fast-food restaurants in the city — which are required to pay $12 an hour, or $1 more than other employers — shriveled to 3.4 percent last year compared with 7 percent growth from 2010 to 2015. The spiral has continued into 2017, which has generated just 2 percent growth through May.

Full-service restaurants in the city are adding even fewer jobs, with growth at just 1.3 percent last year compared to 6.5 percent over the previous five years. This year it’s down to 1.2 percent through May.

“It’s a miserable business at the moment,” said Andrew Schnipper, who owns five burger joints in Manhattan called Schnipper’s Quality Kitchen. “Most restaurateurs are far less profitable than they were a year ago.”

Schnipper’s, for example, has 10 percent fewer employees than it did a year ago and many of its current workers have reduced hours. The chain raised its menu prices by up to 4 percent last year and is planning another hike this summer and another one in January when the minimum wage in the city rises to $13. Meanwhile, sales have slipped this year.

American Action Forum estimated that in 2013, minimum wage hikes cannibalized over 700,000 jobs. There is also a school of thought, famously espoused by the late economist Milton Friedman, that the minimum wage itself is detrimental to the working poor. These are low-skill workers and business should be able to compete for them unhindered by regulations from Washington. The higher the minimum wage goes, especially within the fast food industry, the more kiosks and automated services pop up to replace such workers. Even The New York Times thought that the minimum wage should be $0 back in 1987:

Anyone working in America surely deserves a better living standard than can be managed on $3.35 an hour. But there’s a virtual consensus among economists that the minimum wage is an idea whose time has passed. Raising the minimum wage by a substantial amount would price working poor people out of the job market. A far better way to help them would be to subsidize their wages or – better yet – help them acquire the skills needed to earn more on their own.

An increase in the minimum wage to, say, $4.35 would restore the purchasing power of bottom-tier wages. It would also permit a minimum-wage breadwinner to earn almost enough to keep a family of three above the official poverty line. There are catches, however. It would increase employers’ incentives to evade the law, expanding the underground economy. More important, it would increase unemployment: Raise the legal minimum price of labor above the productivity of the least skilled workers and fewer will be hired.

If a higher minimum means fewer jobs, why does it remain on the agenda of some liberals?