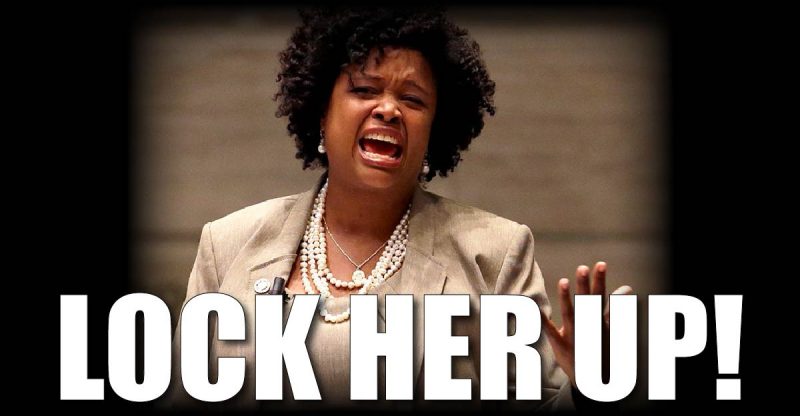 Missouri State Sen. Maria Chappelle-Nadal (D-St. Louis) has been censured Wednesday after state lawmakers decided to formally reprimand her for a Facebook post she made calling for President Trump’s assassination.

The Daily Mail reports that the Republican-led Missouri Senate voted 28-2 to formally censure the lawmaker and also called for Nadal to resign.

It is the first time in Missouri history that a state lawmaker has been censured.

Chappelle-Nadal posted on her Facebook page in August, “I hope Trump is assassinated,” before deleting the post.

Her post prompted an investigation by the Secret Service and many calls from her fellow lawmakers to resign.

Missouri Lt. Gov. Mike Parson also called for Chappelle-Nadal’s resignation, adding that if she does not resign she could face expulsion by a two-third majority vote in the Senate.

Chappelle-Nadal says she apologized for her actions, noting that she wrote the post out of “frustration” over Trump’s response to the Charlottesville violence

She said, however, that she will not step down, despite the growing number of calls for her to resign.

Chappelle-Nadal claims that her constituents do not want her to step down from her position.

“The calls I get are, ‘You did something wrong, and we stand by you,”’ she said.

Missouri Senate leaders also decided to strip the St. Louis-area lawmaker of her committee assignments before the vote.