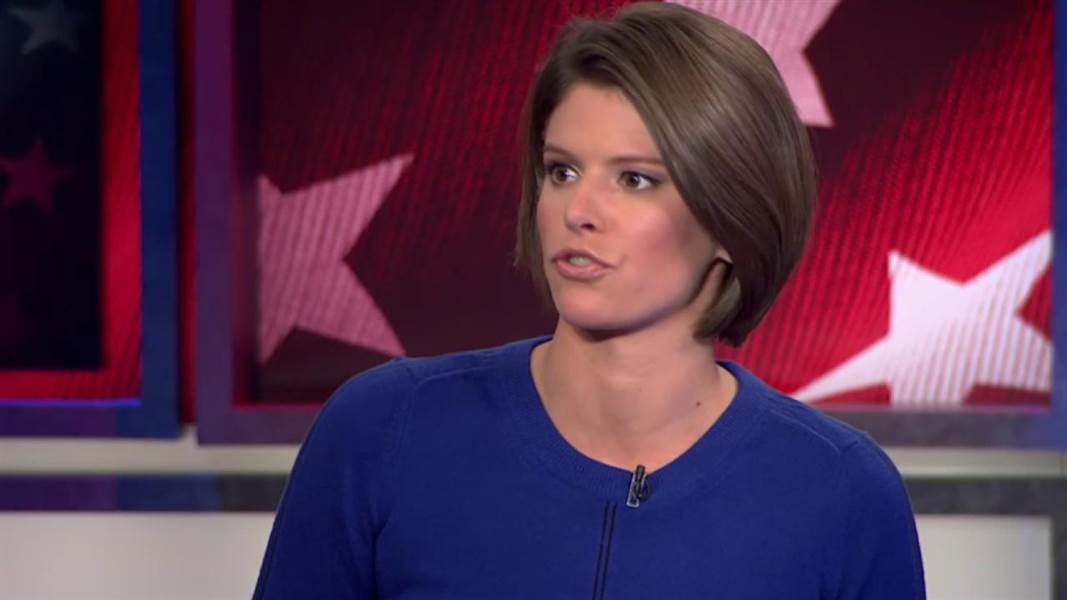 On Tuesday on MSNBC, as he was being interviewed by members of the press, Republican Senator Lindsey Graham’s audio suddenly and completely went away. After discussing a reported meeting between Donald Trump Jr. and a Russian “lawyer” named Natalia Veselnitskaya, Graham said: “I’m sure they (Trump officials) met with a lot of people during the campaign. I’m sure the Clinton campaign met with —” … well, we don’t know what he said after that. That’s because the network’s Kasie Hunt, clearly without warning the cameraperson involved, decided that she didn’t want to hear about Mrs. Clinton, and that she instead needed to run over and speak with Kentucky Senator Rand Paul.

As seen in the video below, Sen. Graham spent over a minute expressing concerns about Donald Trump Jr.’s meeting with a Russian who calls herself a “lawyer,” Natalia Veselnitskaya.

But when he moved on to mentioning Mrs. Clinton’s name, the audio disappeared almost instantly, as did Ms. Hunt:

LINDSEY GRAHAM: Okay, so any time you’re in a campaign and you get an offer from a foreign government to help your campaign, the answer is no.

So I don’t know what Mr. Trump Jr.’s version of the facts are. Definitely he has to testify. That e-mail is disturbing. But what is equally odd to me is that the person they met with knew absolutely nothing.

So I don’t know why they would pick somebody for him to meet with that didn’t have any information about the Clinton campaign, but on its face, this is very problematic.

MANU RAJU, CNN: Do you think the White House is being truthful about the version of events that happened in their meetings that occurred between the associates and the Russians?

GRAHAM: It’s very frustrating for every couple of weeks to find out about a new meeting. I’m sure they met with a lot of people during the campaign. I’m sure the Clinton campaign met with —“

KASIE HUNT, MSNBC (turning away from Graham): This way. Senator Paul, Senator Paul — do you have half a second?

Hunt was so eager to cut away from Graham when he mentioned Mrs. Clinton’s name that she walked away, microphone in hand, and left her cameraperson, who clearly expected Hunt to at least let Graham finish his sentence, in the lurch. 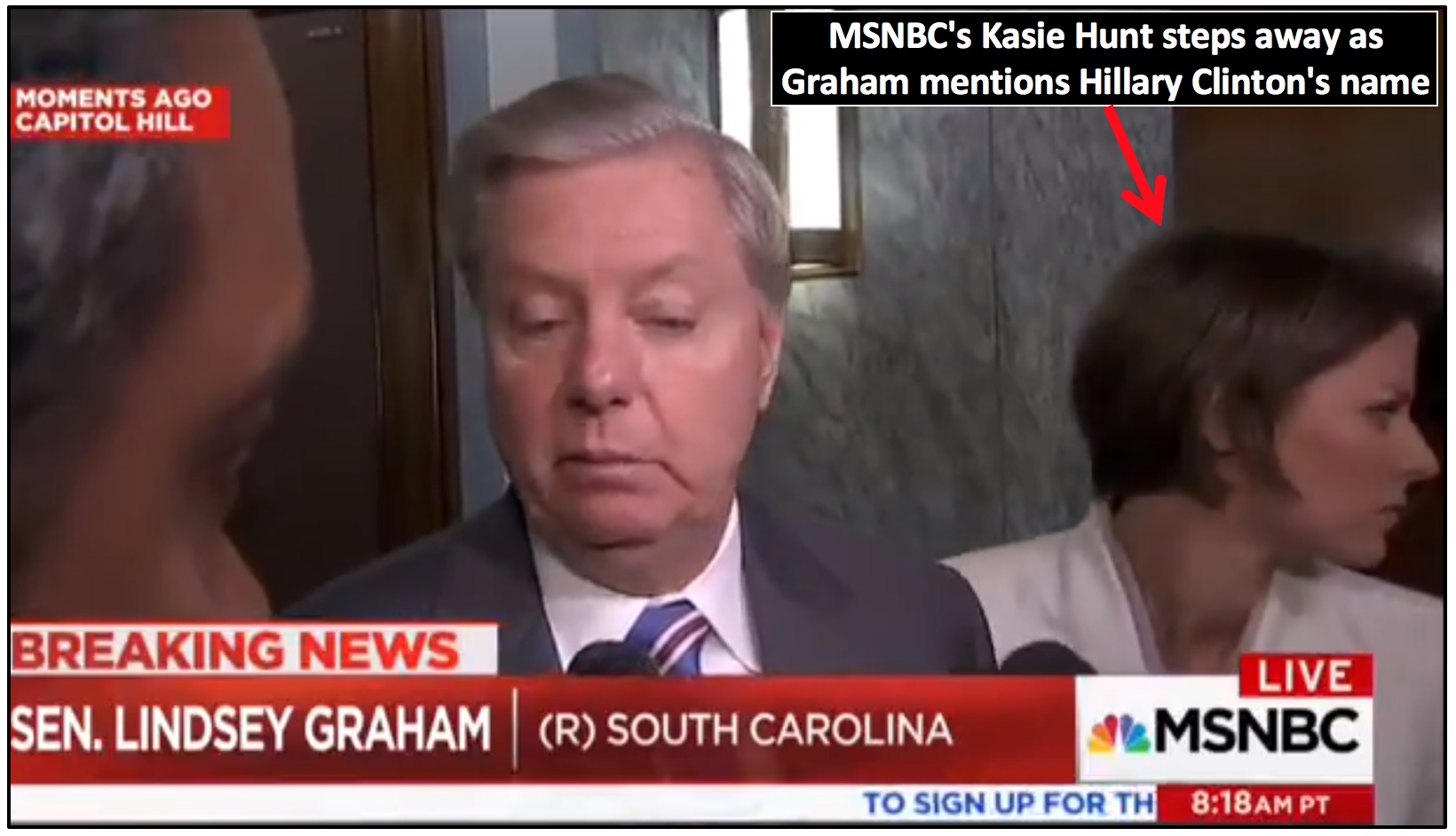 For those keeping score in the Trump-Russia media-driven soap opera, Ms. Veselnitskaya, the Russian “lawyer” who allegedly gained access to Mr. Trump because she claimed she had information damaging to the Clinton campaign, now says she didn’t have any. NBC reports in that same linked story that, in the network’s words, she “denied … that she had any connection to the Kremlin.” Murky and not yet linkable evidence has subsequently emerged that her claim of no association may not be true.

Press hyperventilation over Trump-Russia has now been ramped up to 11 on a scale of 10, but as University of Tennessee law professor and Instapundit proprietor Glenn Reynolds astutely observed Tuesday evening, the goalposts have moved in the eight months since Election Day from “From ‘hacking’ to ‘collusion’ to ‘willingness to collude.'” What’s next, alleged “openness to picking up the phone”?

This latest de facto censorship incident involving MSNBC and Kasie Hunt, combined with a variety of cut-offs seen during the past two years, leads to an obvious question: How many “accidental” and sometimes obviously deliberate losses of audio and/or video involving center-right program guests or interviews have to take place before one is forced to conclude there are valid facts and viewpoints the establishment press, particularly the left-leaning cable networks, simply won’t allow to be aired?

Criticism or even potential criticism directed at Mrs. Clinton has been especially vulnerable to having the speaker’s audio or complete video feed go away. This has happened several times on CNN and MSNBC, sometimes “accidentally,” sometimes clearly deliberately, in the past two years.