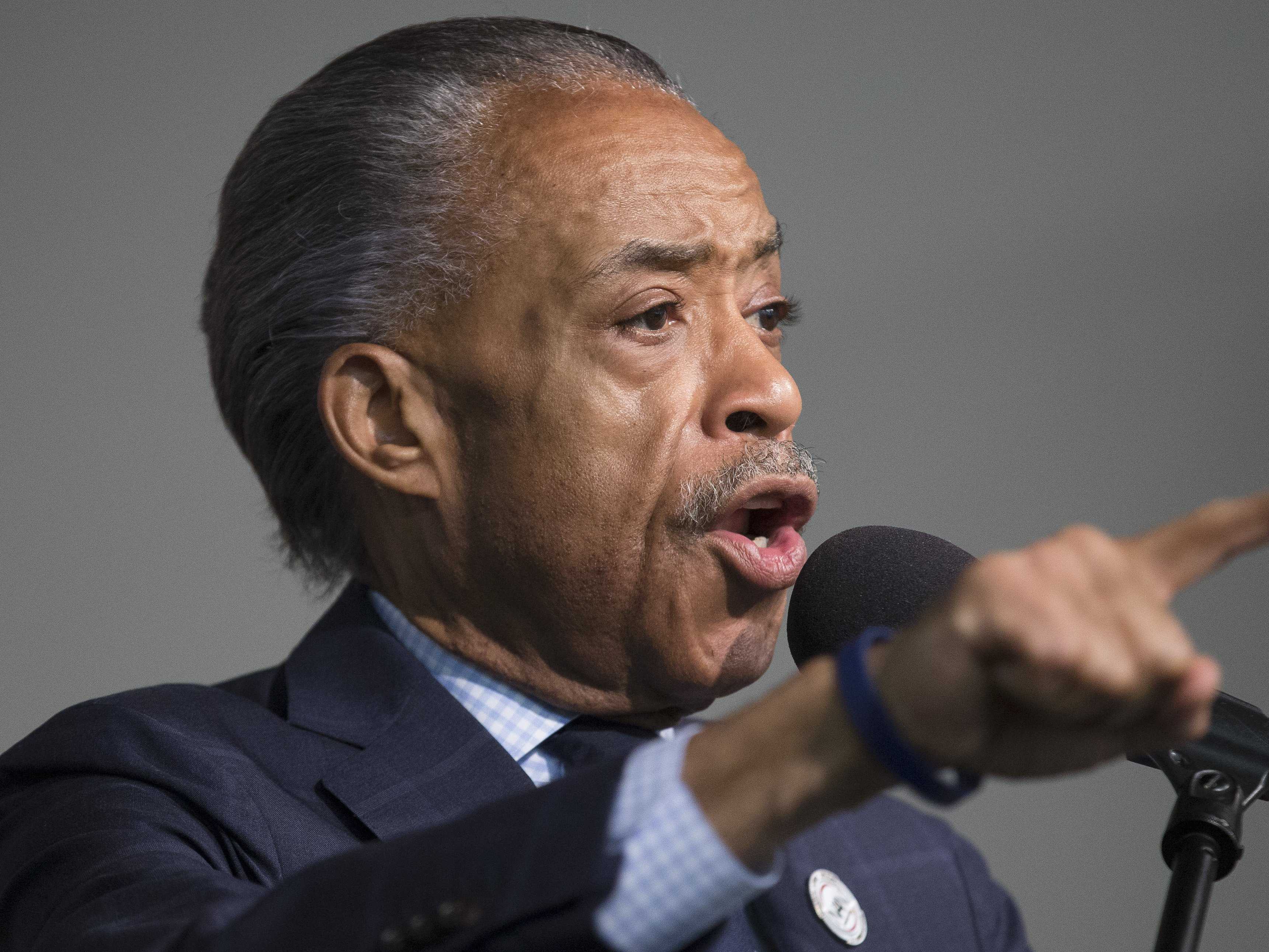 On Sunday’s PoliticsNation on MSNBC, during the show’s regular “Gotcha” segment, host Al Sharpton was imagining racist dog whistles as he complained about “unmitigated, racially-tinged cruelty” from Congressman Steve King, and suggested that those who think like the Iowa Republican are “evil.”

After playing a clip of Rep. King on CNN’s New Day arguing in favor of cutting food stamps and Planned Parenthood to fund the border wall, Sharpton griped: “Just in case you’re not evil and this sounds like unmitigated racially tinged cruelty to you, the Congressman elaborated on why he’s for this along with job growth: It would save America’s waist lines.”

Sharpton notably has a history of making blatantly racist comments about Jewish business owners, calling them “diamond merchants” and “white interlopers,” and once incited a deadly riot against a Jewish-owned business.

On Sunday’s show, after playing a clip of Rep. King arguing that, because there is a problem of obesity among the poor, cutting food stamps would not leave them undernourished, the MSNBC host worked in a “dog whistle” reference: “Congressman, if I were a dog, I’d be going crazy from all the whistles. But I guess with Iowa having the 12th highest obesity rate in the nation, you have good reason to be concerned.”

Sharpton also defended Planned Parenthood — which aborts a disproportionately large number of unborn babies who are black — as he concluded the segment:

You might want to pump your breaks, though, because, according to federal data, seven of the 10 states most reliant on food assistance went to President Trump in 2016. And nearly two-thirds of individual recipients are children, the elderly, or disabled citizens. They can’t eat your precious wall. And, as Planned Parenthood pointed out in response, the organization is funded through Medicaid reimbursement.

Playing with that to fund your wall would literally endanger lives. Oh, and while First Lady Obama still cares about the health of our nation’s youth, I think she’s too busy living a best life to worry about what grownup children think. So, Mr. King, why don’t you try putting this on the scale? The scale of justice. Because I’m confident it’ll read: “I gotcha.”