The company said 143 million files were shared on the dark web following the data breach.
Now this…

The Equifax Chief Information Security Officer Susan Mauldin. She has been with the company since 2013.

Susan is a music major. 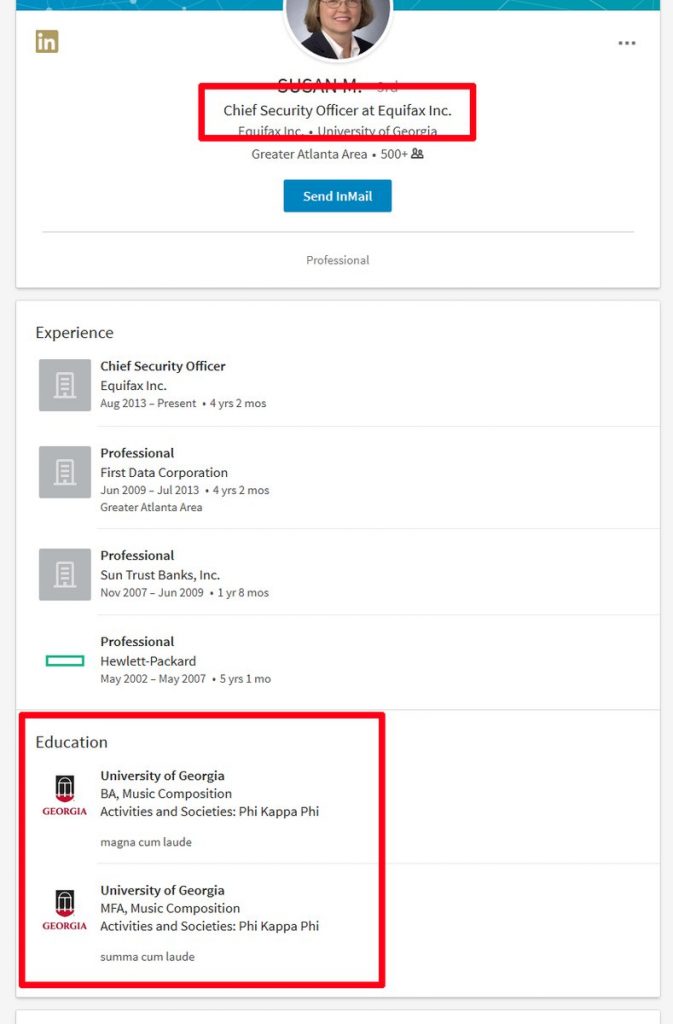 Susan graduated with a music degree in music from the University on Georgia and holds a Masters of Music Composition.

Maudlin’s original Linkedin page was made private after the Equifax breach last week.