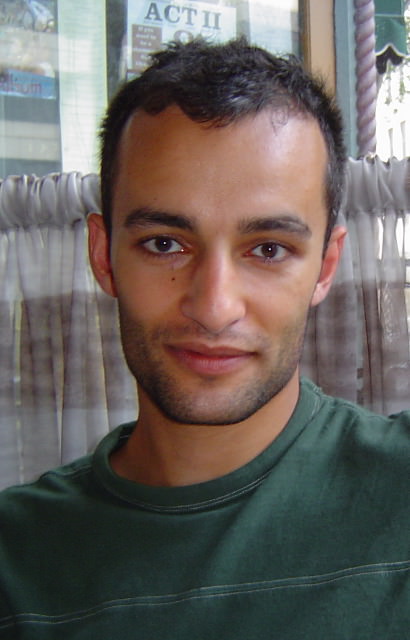 Mohammed Abed claims that sometimes you just have to commit genocide to save the world from the evil people…like white racists.

David Cole broke down Abed’s academic paper “The Concept of Genocide Reconsidered” which was originally published in 2006. Cole says in a Taki’s Mag post:

Abed reasons, it’s sometimes “morally required” to commit genocide, and he hasn’t been shy about advancing that argument in a series of lectures and essays that have somehow managed to stay under the radar of the media (especially the right-leaning media) over the past few years.

Abed lays out his central thesis in the paper’s abstract: “Genocide is not in any sense distinctively heinous. Nor is it necessarily immoral.”

Morally justified genocide? Abed realizes this might be a tough sell:

Many will no doubt be shocked by these claims. Surely a view that has such unsavory implications should be rejected. In fact, it ought to be condemned in no uncertain terms. Reactions of this sort are overblown.

Of course, any such objections by fellow academics were almost certainly silenced once Abed named the skin color of the targets of his “moral genocide”:

One can certainly concoct a hypothetical scenario in which the deliberate annihilation of a group’s way of life is a “moral and political imperative.” And there may be a case for classifying as genocide campaigns of social destruction that are widely considered to be not only excusable but morally required. The institution of slavery in the American South was, arguably, a comprehensive way of life and worldview to which many whites were profoundly attached. It would not be wildly implausible to say that their investment in the culture and norms of the slave-owning community rivaled in its social meaning and significance an individual’s affiliation with a national or religious group. But because the kidnapping, enslavement, and lifelong exploitation of innocent human beings was a constitutive and thus ineliminable feature of the life led by many Southern whites, annihilating their way of life was a moral imperative. The right course of action was to strip them of an identity that gave meaning to their lives.

Interestingly and to no one’s shock, when Mohammad Abed was confronted about the Europeans facing extinction or at least an annihilation of their way of life after millions of Muslim migrants have flooded their countries, Abed argues that Muslims intend to adopt the customs of their host country rather than alter them. 1400 years of Islamic destruction is evidence to the contrary, but when have facts ever mattered to Islamic supremacists?

Peculiar, secondly, because although it was no doubt the case that people were motivated to leave their countries of origin by a wide range of considerations, I suspect that the desire to make a better life for themselves and future generations of their families was one of the most common. If this is the case, then surely there must be something about the traditions, practices and norms of European countries that are valued and respected by immigrants. But then why set out to systematically undermine the social, cultural and political foundations of those societies?… Why would immigrants attempt to systematically undermine norms and institutional structures that guarantee their democratic freedoms, including their right to be culturally different and to practice their religion without hindrance?

Mohammad Abed is a professor at a public California university who believes it’s morally required to rid the world of evil white racists but Muslims can do no wrong. In fact, he completely ignores how Islam spread from the Arabian peninsula to other nations.

Northern Africa, Indonesia, Iran, just to name a few, were’t originally Islamic nations. They were conquered by Islamic armies. Europe will suffer the same fate as millions of Muslims flood in and out-populate the indigenous people. This Muslim invasion is a Hijrah which is jihad by emigration. Abed knows exactly what is happening, as a Hijrah is a highly meritorious act and it promises Muslims great rewards in heaven.