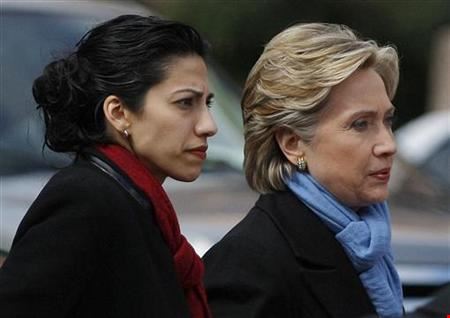 Government watchdog Judicial Watch has just released a new batch of emails, more than 1600 pages worth, belonging to former Secretary of State Hillary Clinton and longtime aide Huma Abedin. The emails, released by the State Department as part of a lawsuit, show further mishandling of classified information.

The list of egregious incidents is long, including exposure of a classified conversation about U.S.-Israeli relations, the war against drug cartels in Mexico, details about Clinton’s arrival in war torn Afghanistan, Afghanistan elections and much more. Here are a few, bolding is mine:

On March 8, 2009, Clinton sent classified information using her unsecure hdr22@clintonmail.com account.  She forwarded to former Senator George Mitchell an email from Tony Blair relating to Palestine. The email had been sent to her at hr15@att.blackberry.net. Clinton responded to Blair, saying she had forwarded the email to Mitchell. A former Senate majority leader, Mitchell was serving as Special Envoy for Middle East Peace.

On June 23, 2009, U.S. diplomat Martin Indyk, who had his security clearance suspended in 2000 for “possible sloppiness” in the handling of classified information, sent a memo containing classified information to Abedin’s unsecure email account.  The memo, written for Clinton, pertained to Indyk’s discussions with top Israeli officials:

“Could I ask you to review the memo below that I wrote yesterday on my return from Israel?  If you think it worthwhile, I’d be very grateful if you showed it to HRC (I have already shared it with Mitchell and Feltman). A confrontation with Bibi appears imminent. I’ve never been one to shy away from that, as she may know.  But it has to be done carefully, and that doesn’t appear to be happening.  And I’m concerned that she will be tarred with the same brush if this leads to a bad end.  So I think she needs to make sure that the friction is productive.  I’ve made some suggestions at the end of the memo.”

On December 1, 2009, Abedin sent classified information about foreign military contributions to the Afghanistan war effort to her unsecure email account. The email originated with State official Sean Misko who wrote to Deputy Chief of Staff Jake Sullivan that he first “accidentally” sent it on the “high side” (secure) but was resending.

The details of Hillary’s arrival on November 18, 2009, in war-torn Kabul, Afghanistan, for the inauguration of President Karzai, were found on Abedin’s unsecure email account. Included were precise times of landing at Kabul Airport, the occupants of her vehicle, arrival and departure times at the U.S. Embassy in Kabul, and meeting times with U.S. forces in Afghanistan.

Then, there’s this nugget:

On August 18, 2009, confidential assistant Monica Hanley provided Abedin with laptop and fob (a physical device that provides a login code) logins and passwords to log onto a laptop, as well as a secure State Department website at https://one.state.gov. Included were a PIN number and instructions on how to access her email from the secure State Department website. Abedin forwarded this information to her unsecure account.

Keep in mind hackers regularly tried to access unsercured servers being used by Clinton and her associates.

Clinton claimed she turned over all personal emails related to State Department business, but this new release found 97 emails that were not included. The new emails also show Abedin doing favors for Clinton Foundation donors while occupying an official State Department position. You can read those details here.

The release comes as Clinton embarks on a promotional tour for her book What Happened about her 2016 election loss to Donald Trump. In interviews, Clinton has said using private email was a mistake but has not admitted lying throughout the email scandal helped lead to her defeat.

“The emails show ‘what happened’ was that Hillary Clinton and Huma Abedin obviously violated laws about the handling of classified information and turned the State Department into a pay for play tool for the corrupt Clinton Foundation,” Judicial Watch President Tom Fitton released in a statement. “The clear and mounting evidence of pay for play and mishandling of classified information warrant a serious criminal investigation by an independent Trump Justice Department.”