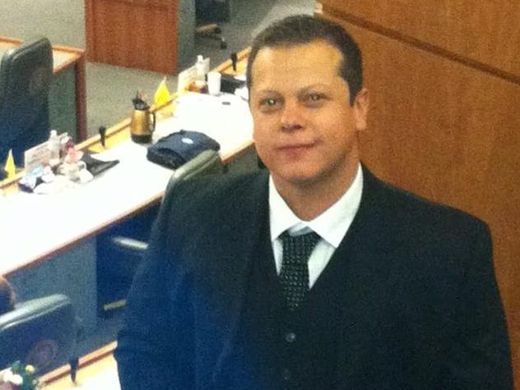 His accuser claims that he sent her repeated text messages “suggesting that he was watching her, other messages professing his love for her, and one picture of his genitals.”

Police arrested a Democratic congressional candidate on stalking charges after a woman accused him of watching her, following her, and sending her pictures of his genitals.

Authorities arrested David Alcon on Friday at an apartment complex in Albuquerque nearly two weeks after an arrest warrant was issued for him on October 30 in Santa Fe, KRQE News 13 reported.

Alcon, who was running for New Mexico’s open District 2 Congressional Seat, is accused of stalking a woman attending a Halloween party on October 28.

His accuser claims that he sent her repeated text messages “suggesting that he was watching her, other messages professing his love for her, and one picture of his genitals.” Later that night, he allegedly began texting her that he was outside of her apartment.

Police arrested Alcon in Albuquerque after they were called to an apartment complex late on Friday afternoon. The Albuquerque Police Department did not give details on what happened when they arrived on scene – only that they took Alcon into custody.

KRQE News 13 added that although it does not appear that Alcon is facing any additional charges, he was previously arrested and convicted in 2007 for stalking a woman.