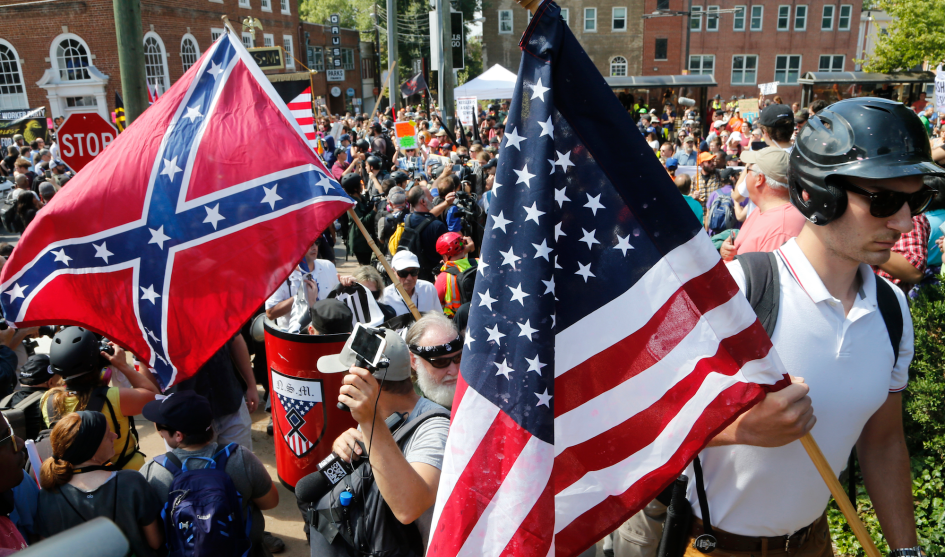 The latest ABC News/Washington Post poll found that most Americans (56 percent) disapproved of President Trump’s response to Charlottesville. The poll also delved deeper into issues that were discussed because of the violence in Charlottesville. It’s findings suggest that Americans are widely unfamiliar with the term “alt-right.”

Ten percent of those surveyed said they support the “alt-right” movement, 50 percent opposed it, and 41 percent had “no opinion” of it, indicating, as ABC noted, wide unfamiliarity.

Thirty-nine percent of those surveyed said the “alt-right” holds neo-Nazi or white supremacist views, 21 percent said it did not, and 39 percent had no opinion.

They’re not the only ones struggling to understand what the term “alt-right,” commonly thrown around by the media, means.

During Trump’s remarks on Charlottesville, a reporter said, “Sen. McCain said that the alt-right is behind these attacks, and he linked that same group to those who perpetrated the attack in Charlottesville…”

“Well, I don’t know — I can’t tell you,” Trump interrupted, “I’m sure Sen. McCain must know what he’s talking about. But when you say the ‘alt- right,’ define ‘alt-right’ to me. You define it, go ahead.”

“Well, I think that …” the reporter began hesitantly.

“What about the alt-left that came charging at the — as you say, the alt-right? Do they have any semblance of guilt?” Trump asked.

While some neo-Nazis and white supremacists have been labeled “alt-right,” so have more mainstream figures, including CNN’s Jake Tapper.

The Anti-Defamation League calls it a “vague term” that “actually encompasses a range of people on the extreme right who reject mainstream conservatism in favor of forms of conservatism that embrace implicit or explicit racism or white supremacy.”

The New York Times defines it as “a racist, far-right movement based on an ideology of white nationalism and anti-Semitism,” acknowledging, “many news organizations do not use the term, preferring terms like ‘white nationalism’ and ‘far right.’”

“It is also anti-immigrant, anti-feminist and opposed to homosexuality and gay and transgender rights. It is highly decentralized but has a wide online presence, where its ideology is spread via racist or sexist memes with a satirical edge,” they add.

An interestingly broad definition given that, just days before that definition was given, another New York Times writer referenced Milo Yiannopoulos as an “alt-right provocateur,” despite Yiannopoulos being openly gay.

Maybe the “alt-right” is not opposed to homosexuality? Or maybe just some of it is?

The poll also found that 35 percent of Americans reject the idea that Trump has been equating neo-Nazis and white supremacists with the counter protestors at the Charlottesville rally. Forty-two percent say he has been equating them, and 23 percent have no opinion.

The poll also asked participants, “Do you yourself think it’s acceptable or unacceptable to hold neo-Nazi or white supremacist views?”

Nine percent overall called it “acceptable” to hold neo-Nazi or white supremacist views, and 83 percent called this unacceptable, while 8 percent had no opinion.