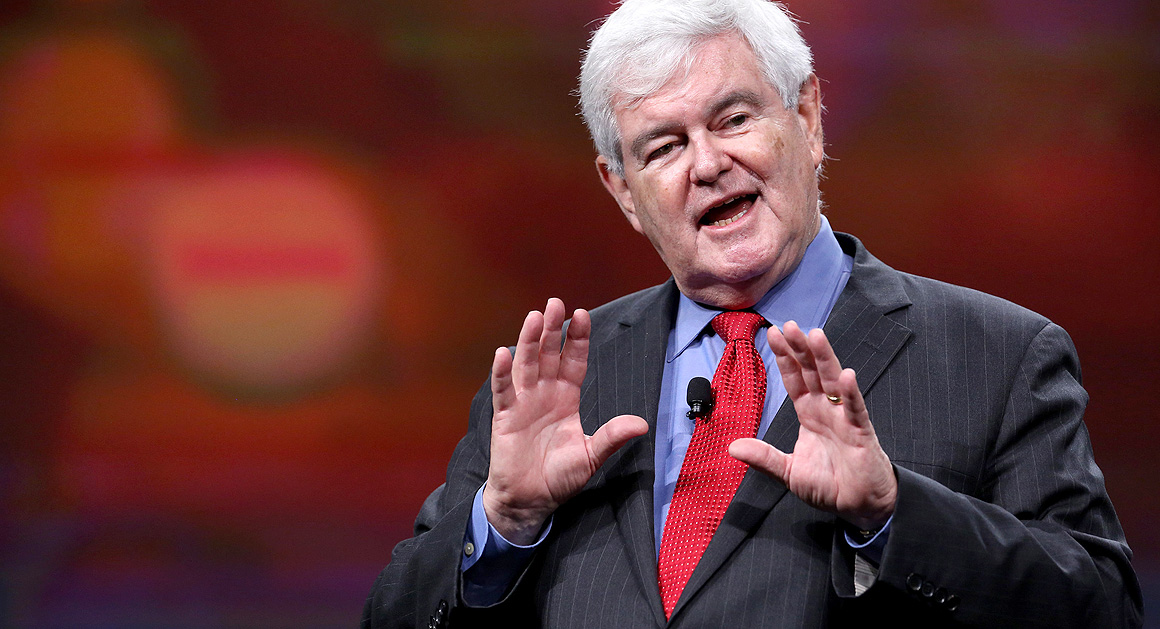 PARIS, France – Former Speaker of the House Newt Gingrich says he sees “a new round of resistance” on the horizon for Iran during Donald Trump’s presidency.

“I think that what’s happening is the [Iranian] regime is getting weaker,” Gingrich told Breitbart News at the annual “Free Iran” rally, organized by the National Council of Resistance of Iran (NCRI) near Paris on Saturday.

“I think it’s getting more desperate, I think it’s alienating more and more young people, and I would not at all be surprised to see a new round of resistance in the next three to four years.”

He added, “You’re going to have a Trump administration [that is] eager to be helpful. And with people like Secretary [James] Mattis and National Security Advisor McMaster–people who understand in a realistic way the nature of the Iranian dictatorship.”

Earlier in his speech to the crowd at the Free Iran rally, Gingrich said, “I think it’s safe to say that the Trump administration has much fewer illusions about the nature of the Iranian dictatorship.”

Asked to respond to reports in the mainstream media suggesting the Mujaheddin e Khalq (MEK)–which is part of the NCRI—does not have a large following in Iran, Gingrich laughed and said, “Are they just nuts? Iran is a dictatorship.

“If you stood up and said, ‘hi, I support the MEK,’ they kill you. You have a justice minister who presided over killing 30,000 people. So when western journalists say, ‘hi, do you see anybody around here who is for the MEK?’ that’s so childish it’s unbelievable.”

The MEK has had a controversial history in Iran due to reports that they were a blend of leftist-Marxist ideology and Islam, and because its flag bears a red Communist sickle both ideologies run counter to each other. Instead, the group says Iran’s late Shah Mohammad Reza Pahlavi made that up in order to crush the group’s influence, and the Mujaheddin were involved with overthrowing the Shah. Over 30 years ago, they adopted a secular platform which includes non-violence and acceptance of all faiths and ethnicities.

Before the MEK renounced violence in 2001, the group was violent. However, the MEK said the individuals involved with several bombings which took place throughout the 80s and 90s were former members of the group.

One year later, the State Department, under then-Secretary of State Hillary Clinton, delisted the MEK as a terrorist organization. They were initially placed on the terrorist list under President Bill Clinton in 1997, a move that some suggested was highly politicized by the administration in an attempt to garner favor with the Islamic Republic of Iran.

So far, they are the only organized Iranian opposition group and have been responsible for providing highly important and valuable intel about the Iranian regime’s internal dealings to the U.S. government.

In 2002, the MEK uncovered and exposed that the Iranian regime was cheating on the nuclear deal, they have provided intel that allegedly shows the locations of Iran’s Islamic Revolutionary Guard Corps (IRGC)’s terrorist training centers, and North Korea’s aid to the Iranians for their missile program.

On that note, Gingrich added, “In terms of intelligence, they have consistently gotten good intelligence out of Iran, because they actually do have sources that are real.”