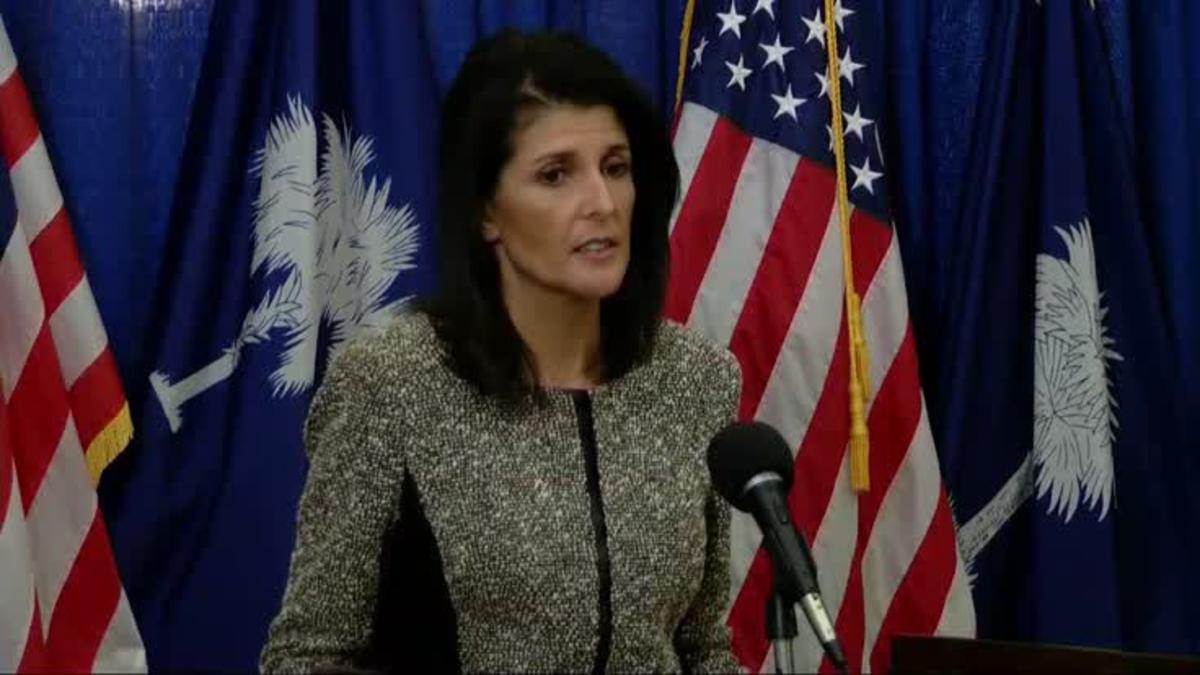 US Ambassador to the United Nations Nikki Haley said that President Trump has grounds to leave the Obama-era Iran nuclear deal in a speech to the American Enterprise Institute Tuesday.

“I’m not making the case for de-certifying,” Haley said. “What I am saying is should [Trump] decide to de-certify he has grounds to stand on.”

Haley explained her concerns with the deal, highlighting once again Iran’s refusal to let the International Atomic Energy Agency inspect their military sites and the “hundreds of undeclared sites that have suspicious activity that [inspectors] haven’t looked at.”

Haley warned that the U.S. could be “dealing with the next North Korea” if the regime is not checked.

“We’re allowing them to have behavior that’s in violation of the resolution right in front of us,” she emphasized. “We’re allowing them to sit there and actually tell the [International Atomic Energy Agency] that they’re not going to let them inspect military sites where we know they have had covert nuclear operations in the past.”

“What I want the country to understand is we need to wake up,” she said.

She said Iran’s nuclear program “is not something that suddenly went away but is hiding behind an agreement that everyone is afraid to touch.”

“Judging any international agreement ends and begins with the nature of regime that signs it,” Haley added. “You can look at any place in the Middle East where there are problems, and there are Iranian tentacles there.”

“If the president finds that he cannot certify Iranian compliance,” she said, “it would be a message to Congress that the administration believes either that Iran is in violation of the deal, or that the lifting of sanctions against Iran is not appropriate and proportional to the regime’s behavior, or that the lifting of sanctions is not in the U.S. national security interest, or any combination of the three.”