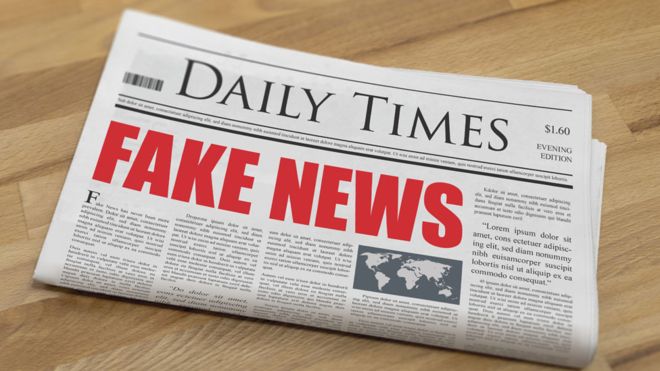 I took a week off from the milieu of political insanity to go out amongst the normals and chalk up another huge trial victory, and when I got back I was stunned – stunned! – to find that a consensus had formed that Nazis are bad. Beforehand, I had no idea where the establishment stood on Nazis, but now it’s crystal clear. They hate Nazis because Nazis are bad. Everyone from CNN to Mitt Romney hates Nazis. I couldn’t be prouder of an establishment that takes that kind of tough stand. They’re going to hate Nazis, and they don’t care whose jack-booted toes they step on!

I also learned that if you hate Nazis for being bad, you’re not allowed to hate anybody else who’s also bad, because Nazis are so bad that you have to devote all your hating capacity to hating Nazis such that there’s no room left to hate anybody else. Those hammer and sickle flag-carrying Communists? Well, you must love the Nazis if you hate them, because you have got to hate the Nazis with all your mind and all your heart since, as we learned this week, Nazis are bad. I’m so glad that our moral betters have this all figured out.

This new breed of Nazis – for whom breeding doesn’t seem to be in the cards – is less menacing that the originals. Instead of schmeissers they pack Tiki torches – for reasons no one seems able to explain. The old Nazis invaded Poland and wouldn’t leave; these invade their moms’ basements and will never leave. But apparently these 300 or so misfits and malcontents are a potent peril to our republic. I’m not sure if they themselves are a direct threat to anything besides the bottom line at a Golden Corral all-you-can-eat buffet unlucky enough to have them as patrons. The only thing scarier to its manager would be seeing Lena Dunham waddling in on a cheat day.

They are not utterly harmless; one of these cowardly morons ran over and murdered a woman, which fulfilled the media’s long-standing dream of being able to report on a terrorist who wasn’t a radical Muslim, a Black Lives Matter fan, or a Bernie bro. But the fact remains that this scraggly collection of polo-shirted dinguses numbering in the dozens is less of a threat to our society than the gleeful attempt by the establishment and its media puppets to use the looming threat of the Third Helping Reich to crush all opposition to the status quo.

The establishment’s tactic is to paint anyone they dislike as Nazis and any ideas its members oppose as hate speech, all in support of a strategy of slamming shut the Overton Window on any kind of change. The media is running with it, and if you get on Twitter, anyone to the right of Maxine Waters is now a Nazi – especially if you dare observe that the fascist fatties are not the only scumbags out there.

Even after a week, CNN is still quivering and writhing in an earth-shattering Nazigasm. When it finally ends, I expect in the network to be cuddling and sharing a Virginia Slim with the New York Times. And everyone from Hollywood half-wits to the CEO of Starbucks are making clear that they disapprove of Nazis – and no one else.

It’s also got the usual suspects of the wuss right activated. That’s why you see needy Fredocons like Mitt Romney being retrieved from their well-deserved obscurity and sent out to dance eagerly for the nods and nickels tossed his way by the same media that said he gave people cancer. I don’t know, but assume the guys vying to replace John McCain as the leader of the Blue Falcon wing of the GOP, Jeff Flake and Ben Sasse, competed vigorously to see who could ignore violent leftists in order to signal the most solemn rejection of Nazis in a manner that validates the lying liberals’ premise that the Republican Party harbors Nazis. Of course, we saw another pathetic grasp at relevance in the form of finger-wagging by the has-beens at that failing cruise cabin sales organization,The Weekly Standard.

But this cheesy grab for short-term political advantage is much more dangerous than that motley collection of stormdoofuses. The Times is now running op-eds advocating the suppression of speech its coastal elite readership finds unappealing. Yeah, a newspaper advocating censorship seems like a smart long-term strategy. The ACLU has added an asterisk to its acronym that explains that the only civil liberties it’s going to be protecting from now on are the ones exercised by people approved by its rich liberal donors. Yeah, abandoning the one thing that earned the ACLU grudging respect across the board, its free-speech absolutism, seems like another smart long-term strategy. Oh, and the tech twerps of Silicon Valley decided to take it upon themselves to decide what discourse may be discoursed. Yeah, that’s a smart long-term strategy that couldn’t possibly explode in their smug, goateed faces.

But what’s the effect on normal people? Taking a break from Twitter and the media for a week to go be with normal people gave me an interesting perspective that I don’t get when I’m surrounded by others invested in politics. None of them care. The exact number of times I heard normal people mention Nazis was zero. No one normal was talking about it, except on the occasional big screen I passed in my travels. No one normal was paying attention to the Wolf Blitzers or the Rachel Maddows. Everyone normal was living their lives, and this fake moral meltdown had no part in them. The fact that the whole thing is so ridiculous doesn’t help it gain traction. Donald Trump is a lot of things, but a Nazi is not one of them.

And the idea that when there are two sets of idiots facing each other you can’t point out that both sets of idiots are idiots just doesn’t ring true. Normal people are blessedly free of the little taboos that the establishment seeks to impose, like the one that forbids pointing out that the alt left is just as scummy and slimy as the alt right. The general feeling among normals is “A pox on both your basements.”

The Great Nazi Panic of 2017 will fade away when its sponsors realize that it’s not having the effect on the mass of the normal Americans they hoped for. But that doesn’t mean it hasn’t caused grave damage. The establishment has, in its desperation to return to unchallenged supremacy, eagerly jettisoned its dedication to the concept of free speech. It might not work out the way they hope once there is a national arbiter of what may and may not be thought or spoken. After all, as we found out last November, the person you think is going to be wielding the power isn’t necessarily the person who you thought was going to be wielding the power.