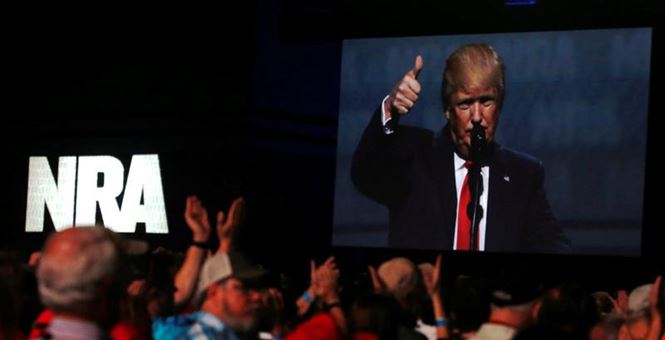 The reaction, in an NRATV video by Grant Stinchfield, was in direct response to a Washington Post report written by Alex Horton, which blasted former Navy SEAL Dom Raso and Dana Loesch for speaking on issues other than gun rights, including the violent leftist protests growing in “resistance” of President Trump.

Horton’s scathing article attacks the NRA, specifically Raso, for defending all freedoms, besides the Second Amendment, and for condemning violence by the Left:

The National Rifle Association has published a politically charged video with one glaring omission: firearms.

Dom Raso, one of the most prominent of the NRA’s growing stable of video commentators, condemns Democratic politicians, the media and activists as the catalysts for political upheaval in the United States, a narrative that has been pushed by pro-Trump Internet personalities.

Is there an unspoken rule that the NRA can only advocate for Second Amendment freedoms?

“Listen here, Washington Post, We talk about more than guns because every freedom is connected. If one is threatened, they all are threatened,” he said.

Perhaps the Washington Post should stick to reporting the news, rather than spreading fallacies about conservatives and attacking freedom-promoting organizations like the NRA for advocating for all constitutional freedoms.