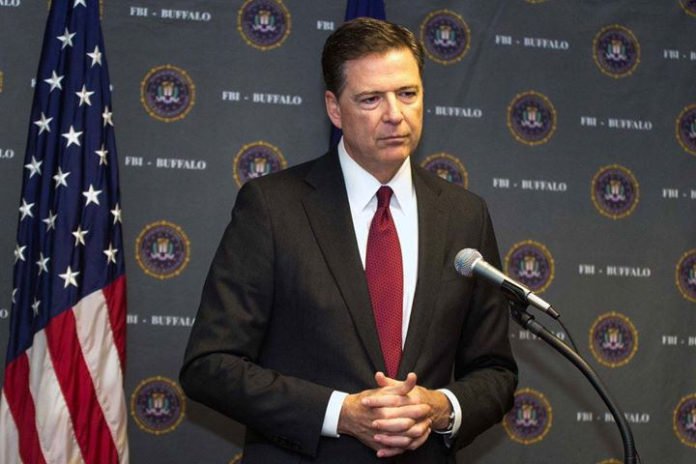 Attorney General Jeff Sessions and Deputy Attorney General Rod Rosenstein requested that President Trump fire his FBI Director James Comey because the controversial figure had “lost the confidence” of his agency, according to the White House. A new New York Times report suggests that was not the case. In fact, in newly released internal survey data, it appears that agents gave Comey very high marks.

From very early on, Comey never felt quite comfortable with the Trump administration. Remember those reports that he tried to hide behind the curtains in the White House so Trump wouldn’t see him? Comey’s behavior during the 2016 campaign can help explain the awkwardness. His decision to reopen the investigation into Hillary Clinton’s emails 11 days before the election cheered Trump’s supporters, yet he quickly became their enemy for supervising the investigation into possible Russian collusion with the Trump campaign.

Comey revealed in Senate Intelligence Committee hearings that he jotted down memos about his personal conversations with Trump because he didn’t trust him.

The feeling, it appeared, was mutual. Trump fired Comey in May at the request of his Justice Department.

Trump critics believe that the president fired Comey because he was upset about the Russia probe. Nevertheless, the White House stuck with its explanation that Comey had lost the confidence of the FBI. In addition, they had “longstanding concerns” about his handling of Clinton’s email investigation. Why, they wondered, had he concluded that she was innocent of criminal charges, despite having dealt with classified intel on a private server?

Nevertheless, the Times report puts a hole in the White House’s explanation.