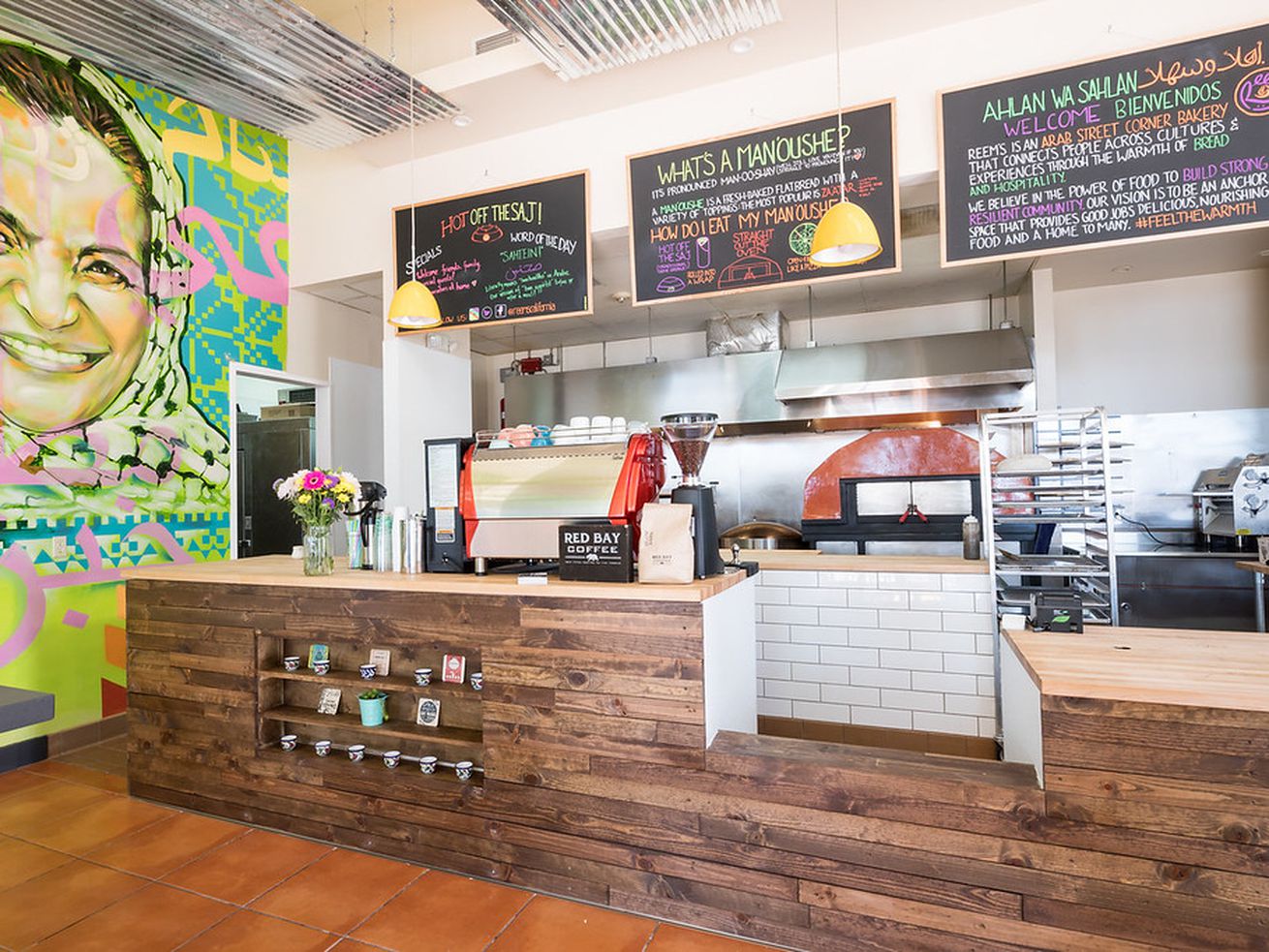 The Palestinian-Syrian owner of Reem’s Arab Street Corner Bakery in Oakland, California, has a huge mural of convicted Palestinian terrorist Rasmea Odeh emblazoned in neon colors on its wall.

Odeh, who was convicted for a 1969 supermarket bombing that left two Israelis dead and scores of others injured, is scheduled for deportation from the United States in August for lying on her U.S. emigration papers.

Reem Assil, the owner of the Arab culture-inspired bakery, was a labor and community organizer for almost a decade. In a promotional video for the bakery, Assil says, “The dream of Reem’s was literally born in a moment when I walked into a street corner bakery in the streets of Beirut [Labanon]. I saw bread flying off the shelves… I suddenly felt alive.”

Last month, Berkeleyside wrote a shining description of Reem’s mural of terrorist Odeh, who they referred to as a “Palestinian activist”:

Splashed in lime green, hot pink, turquoise and yellow, the brick-and-mortar bakery is the embodiment of the Reem’s motto, “Feel the warmth.” The bakery’s walls are emblazoned with Arabic script and a striking mural of Palestinian activist Rasmea Odeh, who wears an Oscar Grant pin. Sunlight and lively music pour through the space, which is fronted by an open-air kitchen and a dough room surrounded by windows.

In that same article, Assil defended her choice to honor a Palestinian terrorist. She even compared Odeh to “a modern day Malcolm X”:

For Assil, who is of Palestinian-Syrian descent, “[Odeh] embodies the resilience of Arab women fighting for justice in this country. She is an elder to a lot of us younger women who are activists and want to do right among our community,” said Assil, who compares Odeh to a modern day Malcom X. In addition to serving as a figurehead for pro-Palestinian activists, Odeh has also garnered support from humanitarian activists and members of the Black Lives Matter Movement. “[The mural] pays our respect to people like her who have had to endure,” said Assil.

Odeh served just 10 years of her life sentence in an Israeli prison for her involvement in the 1969 terrorist attack, one of the first carried out by the Popular Front for the Liberation of Palestine (PFLP). However, she and 77 other Palestinian terrorists were released during a prisoner swap in exchange for a captured Israeli soldier. Soon after, she emigrated to the United States through Jordan. However, she lied about her past conviction and lived in the U.S. for over 20 years, becoming a leading activist for Arab-American causes.

In April, Odeh received a standing ovation at an anti-Israel conference she keynoted in Chicago, while the families of her victims held a memorial service in protest at the same hotel.

Leftist activist leader Linda Sarsour also spoke at that conference. She said she was “honored and privileged… to be on this stage with Rasmea.” Both women helped organize the anti-Trump Women’s March, which took place the day after President Donald Trump’s inauguration in January.