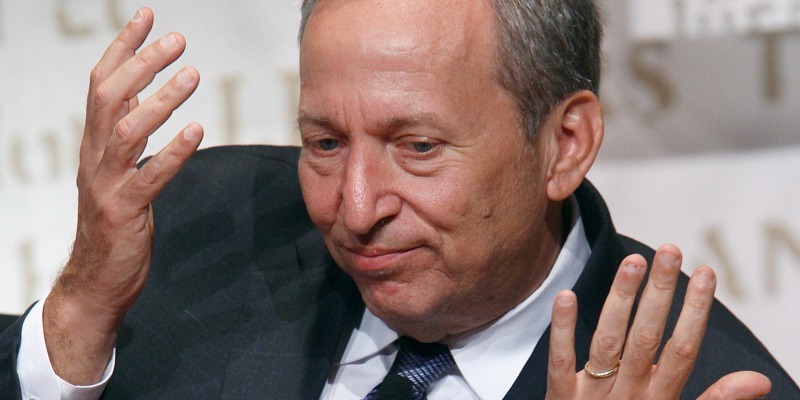 When the Senate passed the GOP tax cuts last week, liberals completely lost their minds. For some reason, crazies on the left hate it when people get to keep more of the money they work so hard to earn. Most of the doom and gloom was figurative (maybe) about how the Republican tax bill meant the end of the United Sates as we know it, but one former Obama economist says these across the board tax cuts will literally kill tens of thousands of Americans every year.

This is from CNBC because of course it is:

About 10,000 Americans will die every year from lack of health coverage if the tax reform bill goes through as proposed, Larry Summers, former Treasury secretary under Bill Clinton and White House economic advisor under Barack Obama, said Monday.

And just why does this kook think the tax bill is so deadly? Well, one of the provisions in the bill removes the Obamacare mandate that all people must buy health insurance. In other words, not only will working people get some tax relief, they also no longer have to buy a product from a private company under penalty of law.

MSNBC even threw in this hilarious stat:

The Congressional Budget Office estimates that some 13 million Americans will opt out of Obamacare if given the chance.

What’s that tell you? If 13 million people are currently being forced by the government to pay for something they don’t want, maybe ObamaCare is a stupid law. In any case, because of this Obama’s minion says it means death and destruction.

If that is true, and it’s not, that’s a person’s choice. Liberals are always bitching about a woman’s “choice” to kill an unborn baby, so why can’t other people choose to die? Or why can’t they choose not to pay for something they don’t want or can’t afford?

It gets funnier because Summers is very obviously talking out of his ass:

“You have to look at the data of what the patterns are all across the country. I don’t see how you can believe that if 10 million or 13 million, whatever exactly the number is, of people are going to lose health insurance, that’s not going to have health consequences,” Summers said.

If he doesn’t know the exact numbers, how can he state with any certainty the exact number of deaths that will occur with the mandate repeal? The answer is, he can’t. Weirdly enough, CNBC included this information from a National Institutes of Health Study, which blows Summers’ dire prediction out of the water:

“It is not possible to draw firm causal inferences from the results of observational analyses, but there is little evidence to suggest that extending insurance coverage to all adults would have a large effect on the number of deaths in the United States,” read the study.

What is really going on here is an Obama-ite is reacting predictably to the dismantling of the former president’s sad legacy. The only thing he has left is ObamaCare and once that mandate is removed, it will collapse. Obama loyalists are trying desperately to save this by predicting widespread calamity that will never happen.