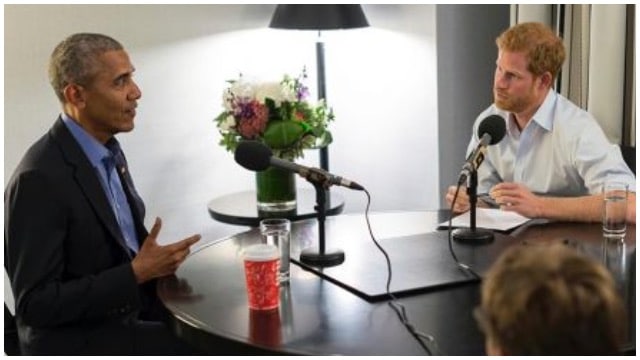 Barack Obama just can’t seem to stay out of the spotlight, constantly blasting President Trump at every turn.

Recently, 44 sat down with Britain’s Prince Harry where he proceeded to jab 45 for his tweeting.

On Sunday December 17, Prince Harry invited former President Barack Obama to be interviewed for BBC Radio 4 as part of his guest editorship. While the bulk of the interview involved talk of world leadership roles in the modern age of digital technology, mention of the royal wedding guest list did come up.

The ex-president also appeared to lodge a veiled attack against Mr Trump during the interview as he warned against ‘irresponsible’ use of social media to spread misinformation.”