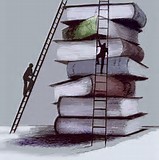 NEW HAVEN, Conn. (AP) — A Jewish boarding school’s licensing is now under scrutiny by Connecticut officials after the school was ordered to pay more than $20 million in a lawsuit accusing its founding rabbi of sexually abusing a student.

Officials say the school — Yeshiva of New Haven — apparently has been operating without the proper state credentials for several years. The state Department of Children and Families is warning the school it could face court action if it doesn’t obtain required state approvals.

A federal court jury last month awarded $15 million in compensatory damages to a former student who alleges he was repeatedly raped and molested by Rabbi Daniel Greer when he attended the school from 2001 to 2005. This week, a judge tacked on $5 million in punitive damages and about $1.7 million in interest to the sum the school and Greer must pay.

Greer denies the allegations and has not been criminally charged. His lawyer has said an appeal is planned. During a deposition in the case, Greer invoked his Fifth Amendment right against self-incrimination.

New Haven police, meanwhile, are looking into a criminal complaint against Greer filed by the former student.
A lawyer for the school declined to comment Friday, and Greer did not return a message seeking comment. A school employee hung up the phone on an Associated Press reporter twice.

Greer, 76, was a founder and principal of the school, also known as the Gan School, which was established in 1977.

Under state law, boarding schools must have either a license issued by DCF to operate as a child care facility or an exemption granted by the state Department of Education to operate as a residential educational institution. Yeshiva of New Haven has neither, officials said. The school’s lack of proper authority to operate was first reported by the New Haven Independent this week.

Education Department records show the agency in 2001 granted the school approval to operate as a day school — not a boarding school — for five years, expiring in 2006. No records exist of the school seeking to remain authorized to operate after 2006, department spokeswoman Abbe Smith said Friday. And there are no records of the school receiving required accreditation by a state-approved accreditation organization, Smith said.

DCF spokesman Gary Kleeblatt said the agency will send the school notification that it must obtain either a child care facility license from DCF or an exemption from the Education Department to continue to operate. If it doesn’t, DCF can take the school to court to enforce state law, he said.