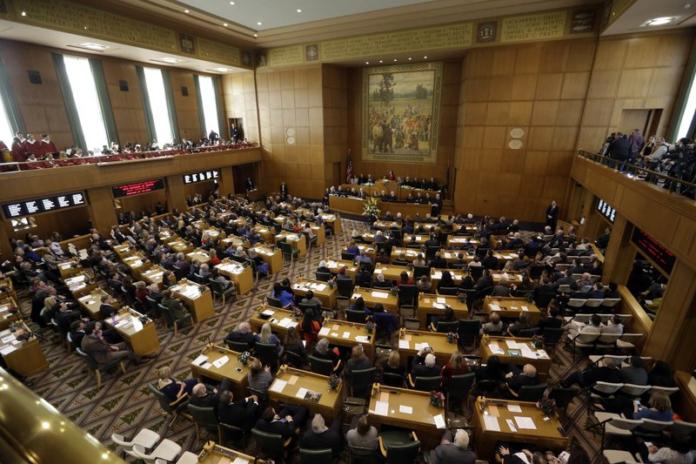 The Oregon state legislature has a bill heading for the governor’s desk, which tells health insurers operating in the state one thing: you must cover abortions. The bill split along party lines, but the Democratic legislature, which has been working on this bill since March, pushed it through. The Associated Press reported that the bill is different from other liberal pro-abortion states, like New York, in the sense that Oregon will cover the procedure for any reason whatsoever, even late-term and sex selective abortions. In New York, an abortion is only cost-free if the situation is a medical emergency (via AP):

Insurance companies in Oregon would be required to cover abortions and other reproductive services at no cost to the patient regardless of income, citizenship status or gender identity under a measure approved Wednesday by lawmakers.

Oregon already has some of the most liberal abortion laws in the U.S., leaving out otherwise common requirements for waiting periods or spending limits on taxpayer funds.

Oregon’s legislation has been in the making for years but was introduced in early March largely in response to Republican congressional leaders’ earliest attempts to repeal former President Barack Obama’s health care law, which includes minimum coverage requirements for birth control and other reproductive services.

The Democratic-controlled Oregon Senate approved the measure in a 17-13 vote along party lines. It now heads to Democratic Gov. Kate Brown.
In some states such as New York, abortions are cost-free if they’re deemed medically necessary. The Oregon bill is unique, however, in that patients would have access to the procedure for virtually any reason, at any time, including sex-selective and late-term abortions.

Watch out; the next fight will be over the repealing of the Hyde Amendment, leading to the federal subsidization for abortion.