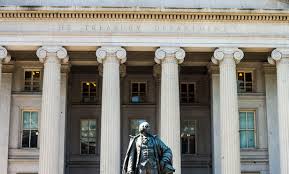 Last week the White House and the Department of Treasury issued concurrent statements.

The WhiteHouse released an Executive Order titled, Blocking the Property of Persons Involved in Serious Human Rights Abuse or Corruption. The Treasury Department released a statement titled, Global Magnitsky Sanctions and a list of people who are now under sanctions.

“I, therefore, determine that serious human rights abuse and corruption around the world constitute an unusual and extraordinary threat to the national security, foreign policy, and economy of the United States, and I hereby declare a national emergency to deal with that threat,” according to the EO by President Donald J.Trump

The Global Magnitsky Sanctions is not new.  It is based on the Magnisky Act.   Also known as Russia and Moldova Jackson–Vanik Repeal and Sergei Magnitsky Rule of Law Accountability Act of 2012.

According to the Treasury Department,

This bill, signed by President Barack H. Obama, authorizes the President to impose U.S. entry and property sanctions against any foreign person (or entity) who:

The authority to block and prohibit transactions in property and property interests shall not include the authority to impose sanctions on the importation of goods (any article, natural or man made substance, material, supply or manufactured product, including inspection and test equipment, excluding technical data).

The President shall, after receiving a request from the chairperson and ranking member of one of the appropriate congressional committees with respect to whether a foreign person has engaged in a prohibited activity:

Sanctions shall not apply to an individual as necessary for law enforcement purposes, or to comply with the Agreement between the United Nations (U.N.) and the United States regarding the U.N. Headquarters or other applicable international obligations of the United States.

The President may terminate sanctions under specified conditions.

The Assistant Secretary of State for Democracy, Human Rights, and Labor may submit to the Department of State the names of foreign persons who may meet the sanctions criteria.

(Sec. 4) The President shall report to Congress annually regarding each foreign person sanctioned, the type of sanctions imposed, and the reason for their imposition.

Many of the names on the list with the Department of the Treasury have ties to the Clinton Foundation.

According to THIS  article by Radio Free Europe, names on the list are also “Crime Bosses from Russia” who have a history of scandalous behavior, including money laundering.

It looks like the end of 2017 is going to bring a shift in the FBI’s investigation into Russian Collusion.  More sanctions are expected in the last remaining days of December.