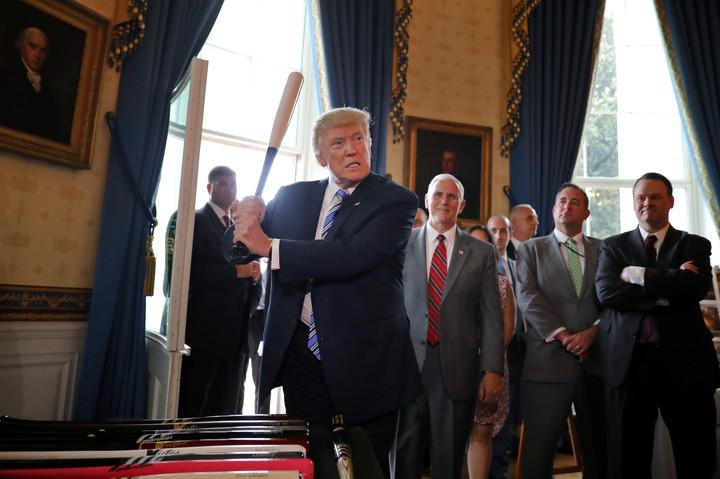 On Monday, President Trump rolled out “Made in America” week, which celebrates this administration’s new vision that champions the American worker and prioritizes investment in homegrown industry and innovation.

But this message is hardly new. When President Trump was elected, the pro-growth policies he advocated on the campaign created a surge of economic optimism and confidence. Record-breaking results in the stock market are just one indicator. You need look no further than the most recent jobs report to see that his pro-America policies have turned economic dreams into reality—especially in the energy industry.  In the manufacturing sector, which relies heavily on coal-based electricity, there were 25,000 jobs created in the month of June alone.

For many workers who lost their jobs due to the burdensome regulations of the Obama administration, this number is not just a statistic – it’s a beacon of hope. It’s a part of a bigger picture where energy workers and coal miners are being prioritized over the special interests of government bureaucrats, many of whom do not understand the struggles these workers face. While Hillary Clinton would have continued the Obama administration’s legacy of job choking regulations, President Trump has revitalized our private sector to foster a diverse and flourishing economy.

In just the first months of his administration, the president has already signed an executive order that promotes “Buy American, Hire American,” renegotiated trade deals that once marginalized American manufacturing, and took historic steps to cut job-killing regulations.

These policies have a real-world impact in the small mining communities in states like Ohio that were ravaged when Democrats such as Senator Sherrod Brown and President Obama turned their backs on coal miners. We see the impact of their actions throughout Northern Ohio, a place that was once the heartland of industry, where blue-collar workers are now struggling to survive.

The Rust Belt once represented the best in American manufacturing but has been crippled by high tax burdens and harsh regulations that sent businesses abroad during the Obama administration.

As someone who has worked in the energy sector, I know firsthand that the biggest threat to the American economy and energy independence is Washington red tape—and removing that red tape encourages investment in American jobs and energy.  Working families suffered dearly during President Obama’s regulatory regime; a time when he openly bragged about using his phone and his pen to regulate the American economy.

Under President Obama, people in these communities had little opportunity for job growth, but President Trump’s policies represent a shift in attitude. Instead of trusting bureaucrats in Washington, the president’s first priority has been listening to everyone from factory workers to managers in order to learn what they need to help grow their industries and have the opportunity to achieve the American dream. This president is prioritizing the basics of hard work and excellence that builds communities, spurs innovation, and provides stability for places that are demanding change.

When these communities win, America wins.

The Democrats continue to call for more regulation and government control over the energy sector, which demonstrates just how out of touch they are with America’s working class. I’ve traveled the country listening to some of our nation’s hardest-working Americans, and I know that working families are the first victims of Washington’s regulatory overreach.  What Democrats and their special interest allies fail to consider is the impact of their rules on jobs and the economy.  Of course some regulation is needed, however, there must be a thoughtful consideration of how these rules impact American workers.  Those considerations were ignored during the eight years of the Obama administration.

President Trump was elected because he heard and understood the voices of working families. His administration is fighting to end the burdensome regulations that choose Washington special interests over American workers.  President Trump is putting people over politics in order to protect and grow our country’s working class.