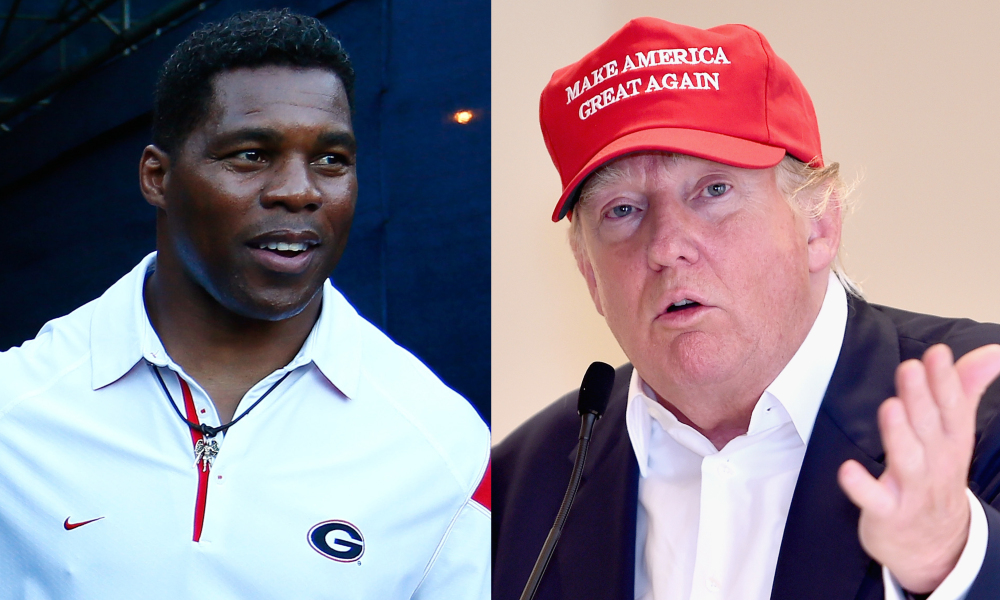 Herschel Walker is none too happy with the NFL’s tolerance of anti-American protests that dishonor the military and he is pointing a finger directly at Commissioner Roger Goodell.

The tyrannical Goodell has made a hot mess out of the league through his refusal to discipline the kneelers and his declaration of open warfare with President Donald Trump that encouraged hundreds of black players to engage in mass protests shortly after the 2017 season opened.

Goodell could have simply sat Colin Kaepernick down for a few games last year and all would have likely been over, the borderline backup would have a job today and would not have been glorified to the point where he is honored by GQ magazine as “Citizen of the Year” despite his racist tweets, hate for the police and embrace of Cuban communist Fidel Castro.

The bruising runner who played for Donald Trump’s USFL franchise and then for three NFL teams is a man who appreciates the sacrifices that our military makes and he isn’t down with a bunch of mouthy multimillionaire malcontents who have no respect for the system that made them rich.

Walker spoke out and blamed the whole fiasco on Goodell, a man who is set for an obscene contract extension that could pay him up to $50 million a year with lifetime perks.

Former NFL star comes out against national anthem protests, saying, "I absolutely think the protests are so upsetting, and I blame the commissioner" https://t.co/lXfY2ZIVp8

“I absolutely think the protests are so upsetting, and I blame the commissioner,” he said.

“I know people are going to be angry when I say it, but he should have stopped the protests at the very beginning.”

The Heisman Trophy winner doesn’t beat around the bush. “Guys, let me tell you this,” he said. “Our flag is very special, and black lives matter, but what we should do is go to Washington after the season and protest there instead. We have young men and women fighting for the flag. And we have to respect the White House.”

Walker — who used to play for President Trump’s short-lived USFL New Jersey Generals in the ’80s — knows a thing or two about business.

The winner of the national contest will be an individual with exemplary records of public service in the military, or as a domestic first responder. Finalists will be invited to the National Automobile Dealers Association Convention in Las Vegas in March for a drawing to select the winner.

Walker, meanwhile, helms a string of successful businesses, which include the Renaissance Man Food Services, honored for smashing records in the US and Canada as a minority-owned food processor.

The Kaepernick slurpers will just call Walker an Uncle Tom, he did play for both Trump as well as the hated Dallas Cowboys owner Jerry Jones but that is bullshit. Like many other former players who have spoken out at the risk of being called enablers of a white supremacist society, Walker is old school and has little use for the punks and their protests.

Not only did Walker have a successful career as a player, he transferred that to his post-NFL career as a businessman and should serve as an inspiration to black youth instead of a heel like Kaepernick.