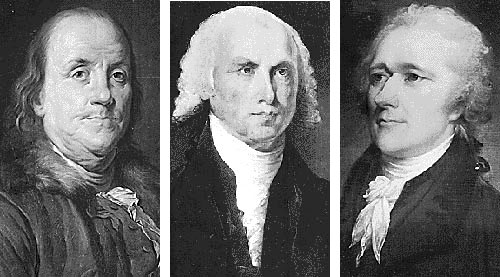 Many of our Founding Fathers owned slaves. It’s a sad reality that the men brilliant enough to construct what is now the world’s oldest and most successful democracy — declaring in writing that all people are created equal under God — were also so flawed that they owned other human beings they considered inferior.

Yet that is the reality. It may not be enough to say “Well, that was then, this is now,” but the other alternative — rejecting everything from the Founders because of their serious flaws — seems like overkill. Of course, in the 21st century, certainly we can balance the two: praise the Founders for their brilliance, but condemn them for their hypocrisies.

But not in the world of political correctness, when now it’s not even OK to call a man “he.” After racial violence — stoked by the liberal hate group Antifa — erupted in Charlottesville, Virginia, last month, home of Thomas Jefferson’s University of Virginia, some partisan politicians have decided to target the Founders.

The Dallas Independent School District School Board last week began considering renaming 21 of its school that have “some sort of Confederate tie.” The board seemed to agree to start with schools named after William L. Cabell, Stonewall Jackson, Robert E. Lee, and Albert Sidney Johnston.

But the names of three prominent Founding Fathers — Thomas Jefferson, James Madison and Benjamin Franklin — are also on the list.

The Daily Caller reported that Dallas school board member Dustin Marshall posted the entire list on his Facebook page, but said he won’t support the move.

Chief of school leadership Stephanie Elizalde told trustees that “if there was any association with Confederacy — not making a judgment for or against — just if we saw Confederacy named in it, we then highlighted it. We are now in the process of doing a second [look],” the Dallas Morning News reported.

Elizalde acknowledged to trustees the difficulty in drawing a line on where to proceed. Some of the schools’ namesakes were involved with the Confederacy, but in lesser army ranks or non-combat roles. As examples, Elizalde mentioned John H. Reagan, the Confederacy’s postmaster, and Nancy Cochran, who according to Elizalde’s research, “encouraged her sons” to fight for the Confederacy.

“If we’re going to go there, we’ll need direction of which are we actually going to talk about changing, and how far down that association,” Elizalde said to trustees.

“We definitely think three — absolutely, for sure — at a minimum could be considered,” she added later, referencing Stonewall Jackson, Lee and Johnston. “And we’re leaving the rest at this point. We could do some more research and give you some more specifics on other schools if you’d like.”