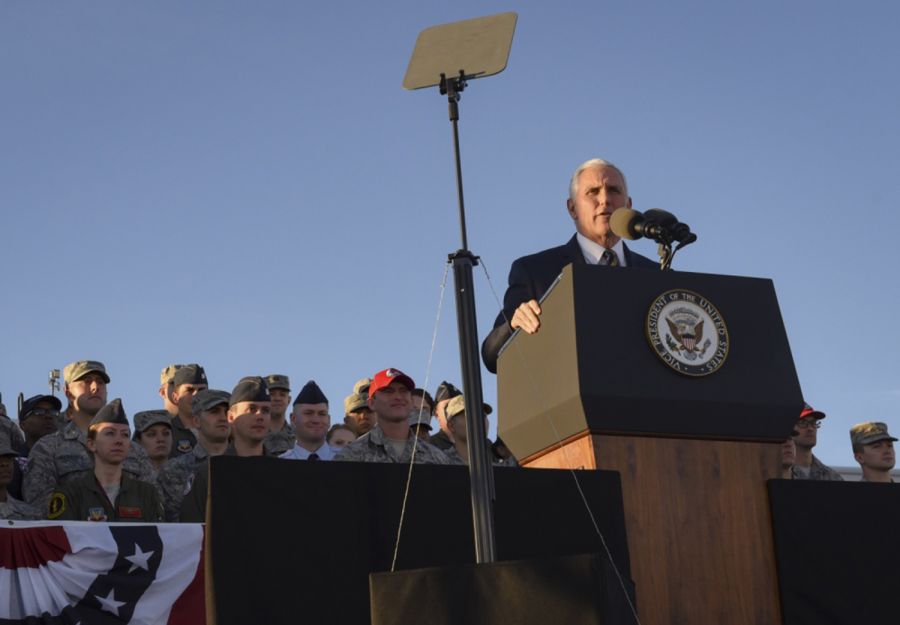 “The armed forces of the United States of America are the world’s greatest force for good,” the vice president told the airmen.

“You chose to be a part of that force to follow in the contrails of our nation’s greatest heroes. You chose to do your part, at this time, to leave a legacy of freedom for generations yet to come. And while you come from the rest of us, you are the best of us,” he said.