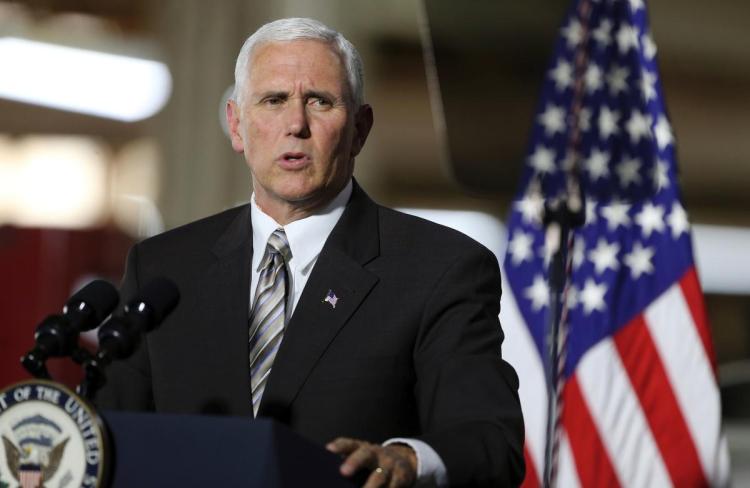 Pence’s current top aide, Josh Pitcock, plans to leave his post on Aug. 1 and will be replaced by Ayers, a veteran GOP operative who has close ties to Pence.

The Georgia native served as Pence’s chief political strategist when he was governor of Indiana and was a close confidant during the 2016 campaign after Pence was selected as President Trump’s running mate.

“During my years as governor, then as a candidate and serving as vice president, I have come to appreciate Nick’s friendship, keen intellect and integrity and I couldn’t be more excited to have him come to the White House as my chief of staff,” Pence said in a statement. Ayers said he is leaving his home state for the post because “I have such deep respect and admiration for the Pences and believe so deeply in the policies the vice president and the president are fighting for.”

The move comes as Pence has taken on a leading role in pushing Congress to pass a bill to repeal and replace ObamaCare and could indicate he could take on an expanded profile in the coming weeks.

Pitcock is said to be leaving the vice president’s team voluntarily after working with him for more than 12 years. He previously served as an aide in Pence’s Washington office when he was Indiana governor.

“His professionalism and integrity are unmatched and he will be missed,” he said. “I will always be grateful for the foundation Josh laid in the office of the vice president and wish him every success in his future endeavors.”

“Deciding to leave was not easy, but I believe the time is right for me to transition to the private sector,” Pitcock said. “Nick and I have worked seamlessly together for years and will continue to do so through the transition and thereafter.”