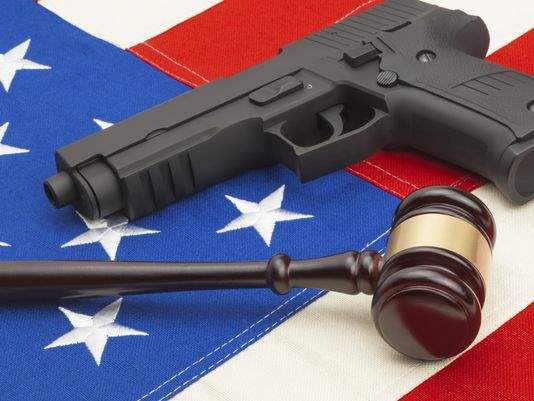 Permitless carry, also called constitutional carry, is the goal for many states right now. The idea of having to jump through hoops in order to exercise your right to keep and bear arms for personal protection is ridiculous, and constitutional carry helps remove that burden from law-abiding gun owners’ lives.

Now, one state is inching a bit closer to this goal.

Earlier this week, a Senate committee voted along party lines to pass SB 169, which removes the licensing requirement for those who want to carry a concealed firearm for self-defense. The National Rifle Association is strongly supporting the measure.

The bill was introduced earlier this year by state Sen. David Craig and state Rep. Mary Felzkowski, and boasts 39 co-sponsors.

“We already give people the ability to openly carry a firearm without a license,” Sen. Craig said in a statement when announcing the legislation. “With this bill, law-abiding citizens will have the same right to carry discreetly that they currently have to carry openly.

“If you decide to throw on a coat, you should not be considered a criminal.”

Constitutional or permitless carry removes that potential problem by allowing anyone who can legally own a firearm to carry that firearm in any manner they so choose. Makes sense. That whole, “the people’s right to keep and bear arms shall not be infringed” thing and such.

It’s worth noting that this issue typically focuses on concealed carry as most states already have a provision that permits the open carry of firearms.

The bill now goes to the full Wisconsin Senate for consideration. If it passes there, it will go to the Assembly.

If the bill passes, Wisconsin will be the 13th state to adopt constitutional carry, which will be a win for not just Wisconsin, but other states considering such a move.

Invariably, a law that lessens restrictions on gun rights will be opposed by cries of “the streets will run red with the blood of the innocent.” Yet every state that adopts constitutional carry where that doesn’t happen bolsters the argument that the increased presence of firearms does nothing to make Americans less safe, thus undermining the gun grabbers’ arguments.

I sincerely hope the good people of Wisconsin see this law pass. While permitting will most likely remain in place due to reciprocity laws, the idea that a citizen should have to approach the government with hat in hand to get permission to exercise a right that no one will be impacted by in the vast majority of cases is laughable. Yet that’s the way it is in most states. With a little luck, Wisconsin won’t be one of those states for long.