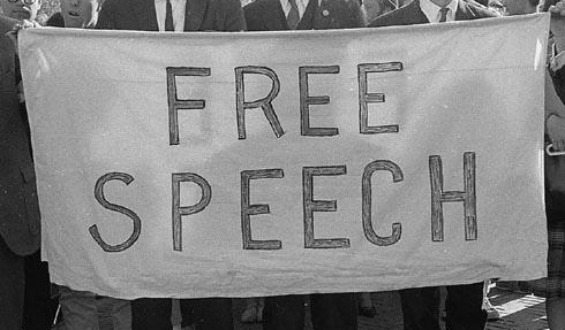 Nearly 9 out of 10 Americans think freedom of speech is more important than political correctness, and 73% say they’d defend free speech to their deaths, a new poll shows.

Just 8% think it’s most important to “make sure no one gets offended,” the Rasmussen Reports poll released Wednesday found.

Some 85% agreed that “giving people the right to free speech is more important than making sure no one is offended by what others say”:

Seventy-three percent (73%) agree with the famous line by the 18th century French author Voltaire: “I disapprove of what you say but will defend to the death your right to say it.” Only 10% disagree with that statement, but 17% are undecided.

Among Americans who agree with Voltaire, 93% rate freedom of speech as more important than making sure no one is offended. That compares to just 69% of those who disagree with the French author’s maxim.

Freedom of speech has come back into the headlines with violent protests on Charlottesville and most recently during a speech by President Trump in Phoenix. In both instances, protesters from both sides clashed, resulting in injuries and arrests.

There is rare partisan agreement on freedom of speech. Most Americans regardless of political affiliation agree that they would defend someone’s right to say something even if they don’t agree with it, although Democrats are slightly less sure than Republicans and those not affiliated with either major party. The majority across the political spectrum also agree that free speech is more important than making sure no one’s offended.

Generally speaking, most adults across the demographic board agree. Blacks (65%) are just slightly less likely than whites (75%) and other minorities (73%) to say they’d defend to the death someone’s right to free speech if they don’t agree with them.

Men are more supportive of the statement that women are.

Voters rate freedom of speech as even more important than other basic constitutional rights such as religious freedom, freedom of the press and the right to bear arms.

Rasmussen Reports found that 44% of Americans said “there is less freedom of speech on U.S. college campuses today than there has been in the past. Nearly half (47%) also believe most college administrators and professors are more interested in getting students to agree with certain politically correct points of view rather than in a free exchange of ideas.”

And just one in five think it’s “better for owners of social media like Facebook and Twitter to regulate what is posted to make sure some people are not offended.”