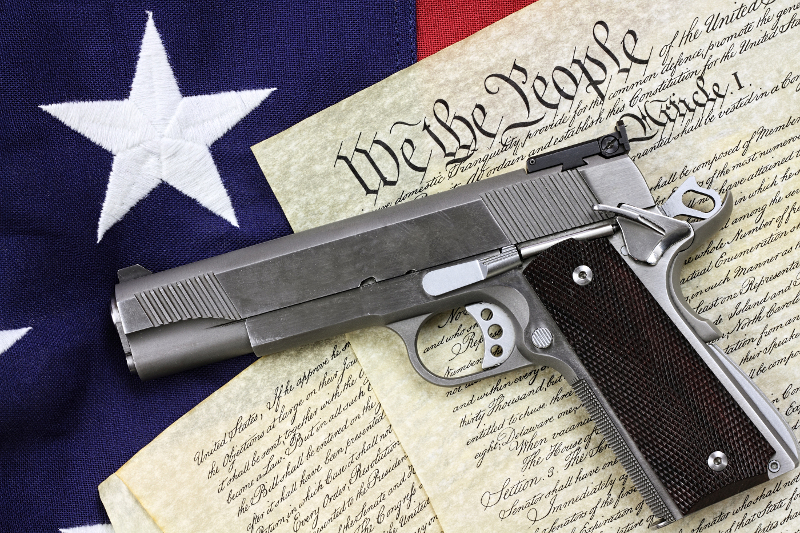 A poll released on Thursday found Americans rate gun policy as a top issue in elections and fear the potential for the government to overreach with new gun-control measures.

The Wall Street Journal/NBC News survey of 1,200 adults conducted between August 5 and 9 found 35 percent of respondents listed gun rights or gun control as the top issue they considered important enough to have an impact on their voting. That’s more than environmental issues at 30 percent, immigration at 28 percent, or abortion at 17 percent. Respondents picked gun policy as important to their vote more often than any other issue surveyed, though issues like foreign policy, the economy, and national defense were purposefully left out of the question.

The same poll also found 48 percent of American adults, or 120 million people, have a gun in their home.

The National Rifle Association said the poll should “serve to bolster the position of gun-rights advocates and prompt bouts of anxiety among anti-gun activists and politicians.”

They said it casts doubt on arguments made by gun control activists in recent years.

“Despite polling that refutes some of their most-cherished narratives, no one should expect gun-control zealots to come to grips with political reality,” the gun-rights group wrote on its lobbying arm’s website. “Politicians on the other hand are guided by self-preservation. Along with their recent fortunes at the polls, the WSJ/NBC survey should have national Democratic leaders questioning whether their support for gun control makes for good politics.”