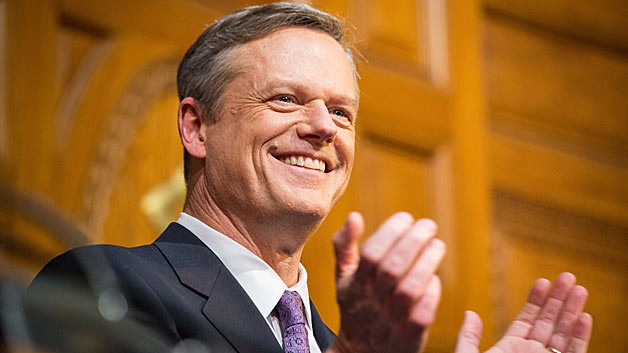 Those are the approval ratings of Republican governors Charlie Baker in Massachusetts, Larry Hogan in Maryland and Phil Scott in Vermont – three of the bluest states in the country.

While the Democrat Party is becoming more and more confined to the coasts, Republican governors are overwhelmingly popular everywhere – even in Democrats’ own backyard.

Recent polling shows the 11 most popular governors are Republican, with four of them being states that are more reliably blue than they are red.

And not all Democrats in the Northeast are popular either: Connecticut’s Dan Malloy is 48th as he’s attempting to elect Democrat governors as DGA Chair, and Rhode Island’s Gina Raimondo is 42nd after seeming to be more concerned with mounting a presidential bid than earning voters’ support in her home state.