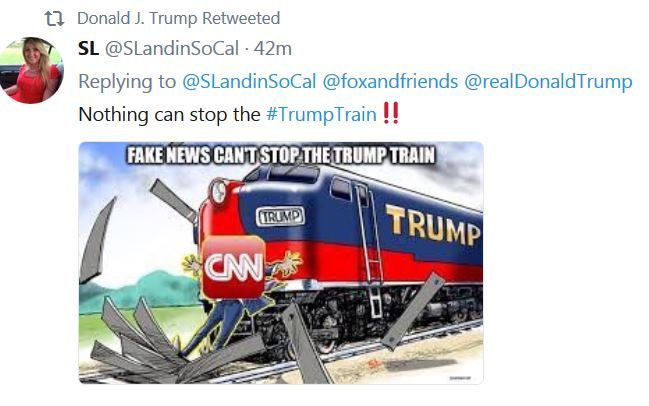 President Trump on Tuesday morning retweeted an image blasting CNN and “fake news,” but he deleted it a short time later.

That train is seen smashing into a CNN logo that has human (cartoon) arms and legs.

Railroad ties fly up before the cartoon character’s feet as he tries to stop the Trump train.

“These tweets may be giving some of his critics even more fodder in the wake of this controversy that you’ve been talking about all morning,” NBC White House Correspondent Kristen Welker told MSNBC’s “Morning Joe.” (She was talking about fallout from the Charlottesville protests.)

“It is an incredibly violent image, Willie, but we have to underscore, just moments ago, the president deleted that tweet, so perhaps he took a harder look at what this image actually showed, or perhaps one of his advisers weighed in. 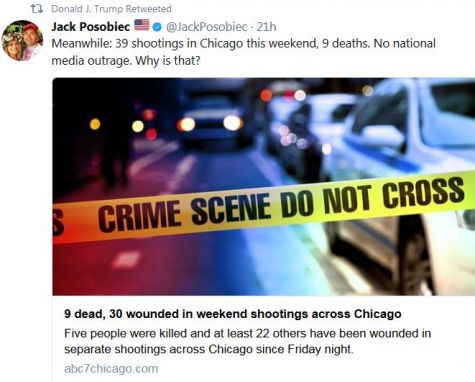