Maybe she thinks women should be wearing a Burka 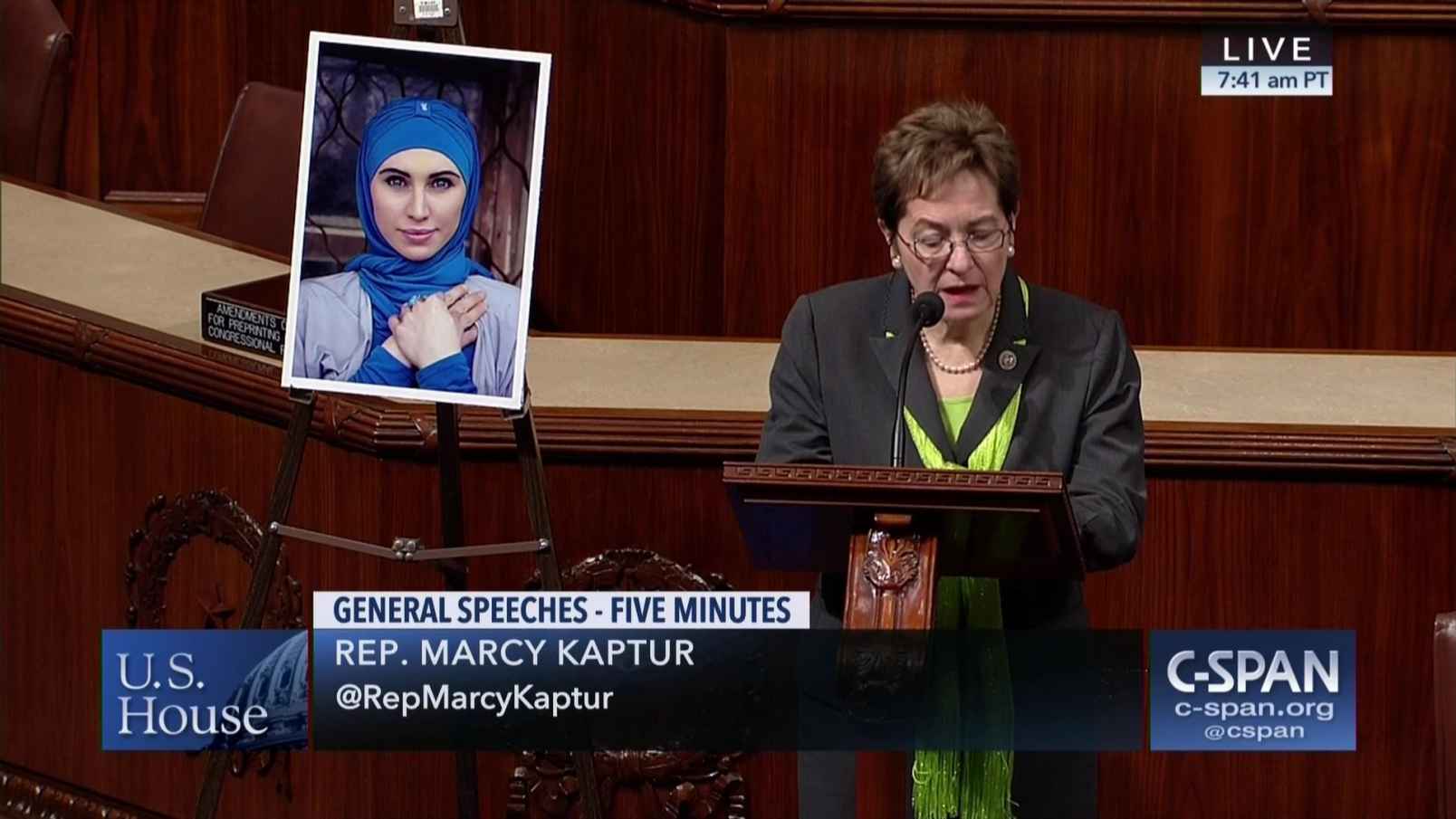 This is what good lefties say behind closed doors when they’re defending their own.

A female Democratic House member shocked fellow lawmakers Wednesday when she said that the revealing clothing that some members and staffers wear is an “invitation” to sexual harassment.

Rep. Marcy Kaptur (D-Ohio) made the comments during a private Democratic Caucus meeting Wednesday to discuss sexual harassment issues, according to two Democratic sources in the room.

“I saw a member yesterday with her cleavage so deep it was down to the floor,” Kaptur said, according to the sources present. “And what I’ve seen … it’s really an invitation.” The comments left many others in the room stunned, the sources said.

Kaptur, 71, has served in Congress since 1983. She’s the longest serving member of the Ohio delegation, representing a northern district that borders Lake Erie.

She’s also a career leftist with a history of defending Islamic terrorists. So maybe she thinks women should be wearing a Burka.

At a “Preaching and Teaching Peace in the Face of War” workshop for Catholic leaders in early 2003, Kaptur likened modern-day Arab terrorists to “nontraditional American revolutionaries” such as the “Green Mountain Boys”.

“If you think back to our founding as a country, we are a country of revolution…. One could say that Osama bin Laden and these non-nation-state fighters with religious purpose are very similar to those kind of atypical revolutionaries that helped [America] to cast off the British crown. I think that one thing that people of faith understand about the world of Islam is that the kind of insurgency we see occurring in many of these countries is an act of hope that life will be better using Islam as the only reed that they have to lean on. I think that people of faith understand that for many of the terrorists, their actions are acts of sacred piety to the point of losing their lives.”

On January 27, 2010, Kaptur was one of 54 Members of Congress who signed a letter calling on President Barack Obama to use diplomatic pressure to end Israel’s blockade of Gaza—a blockade which had been imposed in order to prevent the importation of weaponry from Iran and Syria.

She had also introduced an Islamophobia resolution.

If you think lefties won’t readily adapt to Islamic restrictions on women, Kaptur shows how easily it will happen.