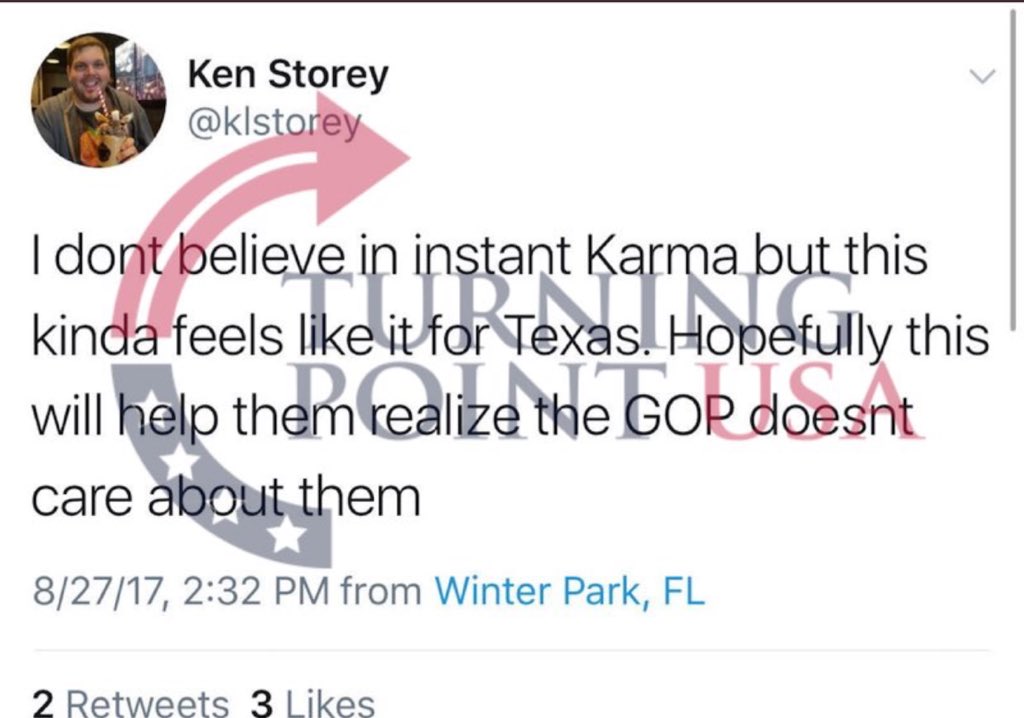 By now you’ve seen the horrific images out of Texas showing the utter devastation left behind by Hurricane Harvey. The impact is ongoing and thousands of people were rescued over the weekend as their homes filled with water.

One University of Tampa sociology professor thinks Texans deserve the devastation and explained why on Sunday as the worst of the storm continued to bear down on Houston.

“I don’t believe in instant Karma but this kind of feels like it for Texas. Hopefully this will help them realize GOP doesn’t care about them,” Professor Ken Storey tweeted and then deleted. “Those who voted for him [Trump] here deserve it as well.”

For the record Houston, the city taking the brunt of the storm with catastrophic flooding, is overwhelmingly Democratic.

Texas, you didn't deserve this, but my goodness ya'll are making this country proud. #TexasStrong pic.twitter.com/Cs8WEvQNkL