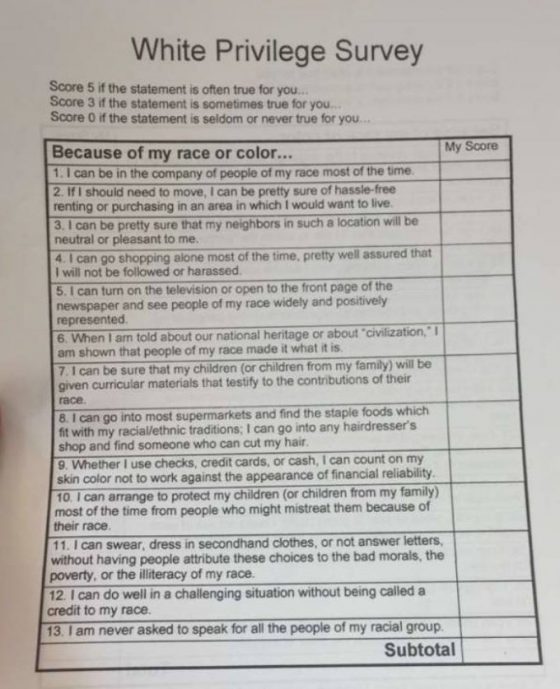 Editor’s Note: This is the fifth in a series of articles reporting on ‘Where Do We Go From Here: Creating An Intersectional Vision for Radical Social Change,’ a diversity conference held June 13-16 at Fairfield University

FAIRFIELD, Conn. – Serious explorations into race should focus on the problem of whiteness and be grounded in the claim that it’s a hegemonic “power apparatus,” a Fairfield University professor suggested at a recent conference aimed at pushing “radical social change” in higher education.

The remarks from associate professor of philosophy Dr. Kris Sealey, who spoke about her strategies for discussing race in the classroom, were presented at a diversity conference for employees of Jesuit colleges.

“So more and more, the courses that I teach on race have become courses in which I expect my students to engage in the hegemonic power of whiteness,” said Sealey, who’s taught courses such as “Black Lives Matter” and “Critical Race Theory.”

Sealey, a scholar of color, said her approach toward teaching race has much to do with teaching at Fairfield University, a predominately white institution, and requires difficult conversations that force students to reevaluate how they understand themselves.

“Hence, part of what makes pedagogies of racial justice particularly difficult are the stakes that they invariably include for all parties involved,” she said.

Sealey’s comments were based in the book “Black Bodies, White Gazes: The Continuing Significance of Race” by Emory University philosopher George Yancy.

Discussing Yancy’s work, the professor said she’s moved by his premise that “any inquiry into the experience of blackness must include some genealogy or some history of the white gaze.” Taking the thesis seriously, Sealey said, means “to acknowledge that any critical investigation of race should devote some time to the problem that is whiteness.”

While saying there’s no single strategy on discussing race that works best for all students, Sealey touted what she called the “proven advantages” of her approach. Those advantages, she said, establish “objectively grounded claims” that she listed as the following:

Whiteness means a specific power apparatus that exists at the expense of the disempowerment of black people.

To be white in the U.S. is to be a perpetuator of the power apparatus unless one actively and consistently resists.

It is possible, perhaps necessary, to acknowledge one’s personal implications in the white power apparatus.

Sealey said it’s helpful for her students to see that their time in the classroom isn’t about existential conversion or evaluation of one’s character, but rather “the goal is to understand the role of the white gaze in the confiscation of the black body.”

In a 2013 op-ed published by The New York Times, Yancy described the white gaze as “hegemonic” and wrote that it includes “poisonous assumptions and bodily perceptual practices.” Recalling an experience he had with a white police officer in the late 1970s, he said the white gaze includes seeing “the black male body as different, deviant, ersatz.”

Drawing on Yancy’s work and speaking in philosophical terms, Sealey said she frames her class toward the concept of “un-suturing” — an idea she described as opening one’s self to what is other.

Expanding on the concept, Sealey said that “if to suture is to keep closed,” then to un-suture means being able to be influenced by sensibilities or attitudes that run counter to one’s worldview.

Sealey said Yancy applied this approach to suggest when white people engage in un-suturing, there’s an “undoing of a white-centric universe.”