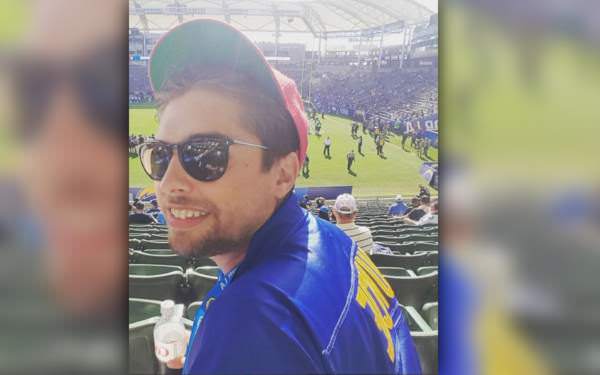 A former writer for Vice’s feminist sub-site Broadly, Michael Hafford, is now facing accusations by multiple women for rape and extreme instances of assault. According to his Twitter bio, Hafford has also written for Rolling Stone.

Helen Donahue, another former Broadly writer, spoke out on Twitter about the abuse she personally experienced at the hands of Hafford back in 2015. At the time, Donahue did not publicly state his name on Twitter, but later she confirmed that Hafford was, in fact, the person facing these allegations.

sux men in media hate women yet write abt feminism n masquerade as allies but its sadder this happens. 2015 i screamed @ my own reflection pic.twitter.com/RGERURFwnb

blacked out n woke up like this. not ready 2 name an editor @ a popular mag but i can post pix. u must kno this happens. n many of u did so

After Helen bravely came out, a series of women shared stories, each more disturbing than the next, some unrepeatable. To protect the other female victims, we will not reveal their identities. Out of the many stories that we were able to verify through multiple sources, one detailed an instance when Hafford strangled a girl until unconscious, while incapacitated, Hafford beat the woman, and left her on a stairwell.

Multiple other women stated that they were assaulted and raped by Hafford, but were too afraid to come forward with these allegations. The discovery of Michael Hafford’s double-life, writing pro-feminist articles while simultaneously assaulting women, is a damning indictment for other men in his position and requires a reevaluation.

THREE OTHER WOMEN? I TWEETED THIS A FUCKING HOUR AGO MAN WHO TF ARE YOU XXXTENTACION? AND APPARENTLY THERE'S MORE? ROT IN HELL. FUCK YOU.

well after 2yrs of feeling fckn crazy numerous women have come forward OVER THE SAME PERSON WITHIN A SINGLE FCKN HOUR.

This is all too common among male feminists, and women are starting to speak out against the hypocrisy that they are seeing among their fellow travelers. Donahue expressed her concern, stating that “liberal” men have the been the “worst” with their blatant hypocrisy. She recounted a story about an MTV employee, masquerading as a “feminist” after bragging in the presence of Donahue about “beating the shit out of a girl in public.” More people should speak out against this type of outright abuse against women occurring within the confines of certain publications. We can only wait to see how these outlets will deal with the rapists that they have hired.