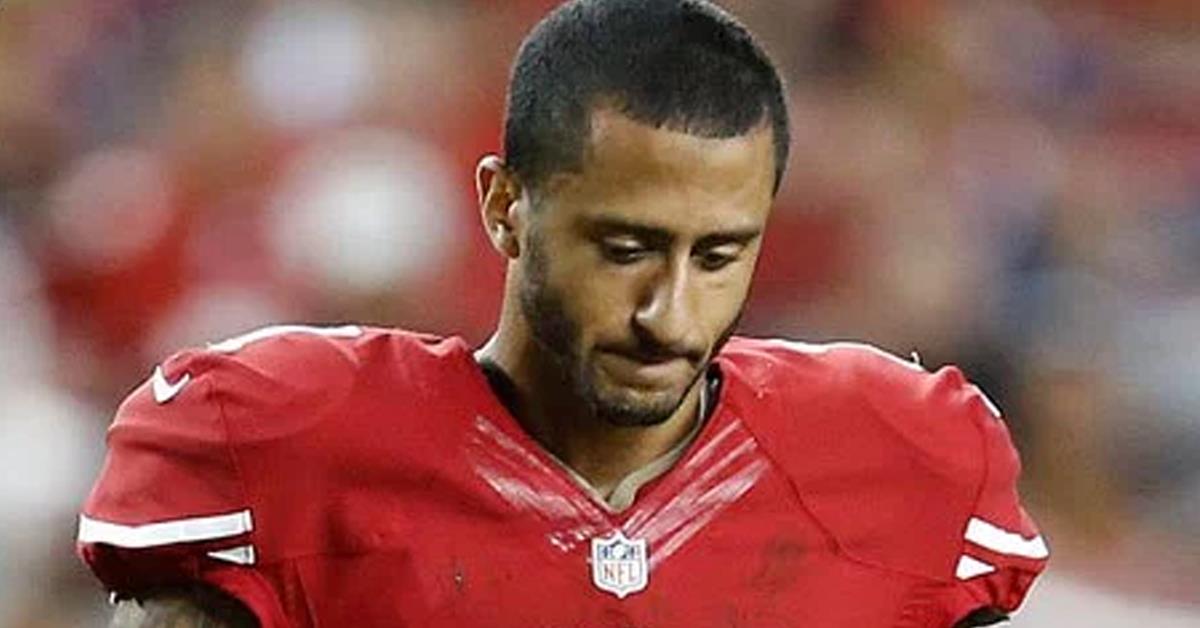 The NFL season is just around the corner and former 49ers quarterback Colin Kaepernick is still out of a job — but that’s not because a team hasn’t offered him a contract, a new report reveals.Kaepernick became the most controversial player in the NFL last year after he protested the national anthem at each game by taking a knee. He began his protest to bring attention to the issue of police brutality in the U.S.

The protest resonated with many of the league’s players, but it largely disenfranchised patriotic football fans because they saw it as extremely disrespectful to America. Kaepernick’s popularity in the league tanked, and after another up-and-down season in 2016, Kaepernick opted for free agency, leaving his longtime team, the San Francisco 49ers.

Kaepernick has remained unsigned through the offseason, leading many of his supporters to accuse the NFL of “blackballing” him for his controversial protest.

But a report from the Daily Caller disputes that narrative. An NFL insider recently told the news outlet that Kaepernick hasn’t been blackballed like many claim. In fact, the source said a team offered Kaepernick a contract over the offseason, which he later turned down because he reportedly didn’t want to earn “backup money.”

More from the Daily Caller:

Kaepernick allegedly doesn’t want to make “backup money” and specifically instructed his representative team not to sign one (sic) contract offered at the league’s minimum rate of $900,000 per year for a seventh-year player.

Shortly after the 2017 offseason began, Kaepernick parted ways with XAM Sports — the agency which had represented him since he entered the league in 2011 — and TheDC’s source added that Kaepernick’s girlfriend, outspoken radio host Nessa Diab, appears to be a driving force behind his negotiating tactics.
“Colin thinks he’s fighting a much higher battle than he is,” the insider told the Daily Caller. “He views himself as a race messiah.”

There has been no additional reporting from news outlets that cover the NFL to confirm that Kaepernick was ever offered a contract. However, several teams have courted Kaepernick this offseason.

First, the Seattle Seahawks looked to be extremely interested in Kaepernick but later opted not to sign him because Seattle head coach Pete Carroll said Kaepernick was still starter material. Seattle already has a reliable starting quarterback in Russell Wilson. The Baltimore Ravens showed some interest, but later chose not to sign him.

And just days ago, the Miami Dolphins expressed potential interest in Kaepernick to replace their injured franchise quarterback, Ryan Tannehill, but later opted to bring longtime Chicago Bears quarterback Jay Cutler out of retirement for one year. The decision led many to accuse the Dolphins of racism.

The NFL’s preseason kicks off Wednesday with a game between the Houston Texans and the Carolina Panthers. That leaves Kaepernick just less than a month to find a spot on a 53-man roster by the time the regular season starts on Sept. 7.