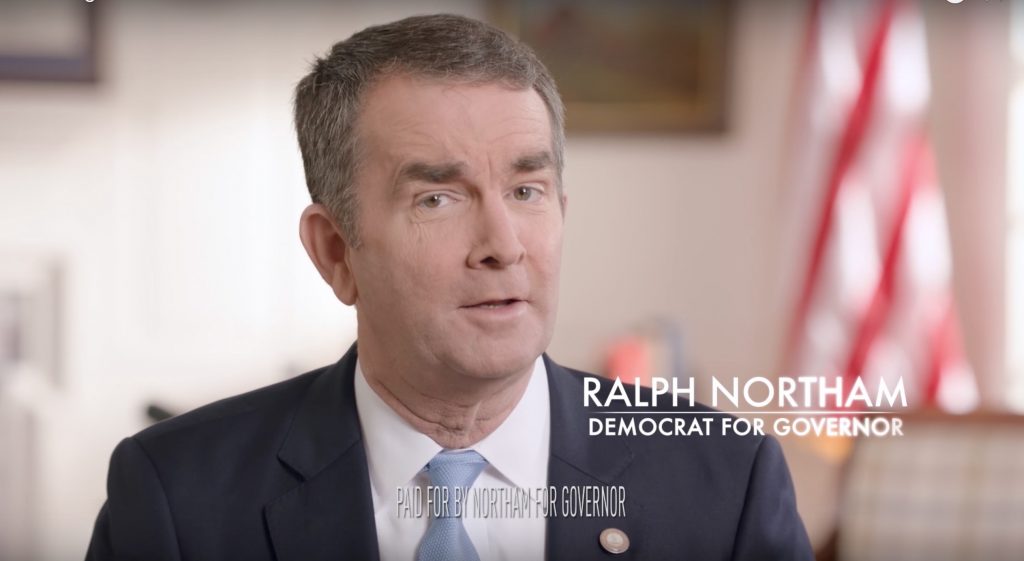 “We refuse to be silent any longer and even remotely complicit in the disastrous, racist, and voter-turnout-depressing campaign Ralph Northam appears intent on running.”

Democracy for America (DFA) slammed Democratic gubernatorial candidate Ralph Northam as “gutless” and “morally debased” announcing that they pulled all support from his “racist campaign.”

The far-left progressive group harshly criticized Northam for cracking under pressure and flip-flopping on key immigration issues after being called out by Republicans and President Donald Trump.

President Trump launched an attack against Northam over Twitter for his weak stances on immigration in early October that led to criticism over his pro-sanctuary city stances.

He bragged that he cast the tiebreaker to kill anti-sanctuary bill but now he's Mr. Enforcement Man? What a maroon. https://t.co/PS9jHAmQp7

In response to mounting pressure, Northam appeared to change his tune on sanctuary cities, hinting that he would sign legislation banning them.

“If that bill comes to by desk … I sure will. I’ve always been opposed to sanctuary cities,” Northam said on Wednesday.

In response to his apparent change on immigration issues, DFA released a statement slamming the Democratic candidate:

Ralph Northam’s gutless, politically senseless, and morally debased decision yesterday to openly backtrack on his commitment to standing up for immigrant families is a picture-perfect example of why Democracy for America never endorsed him in the primary and focused the entirety of our efforts in Virginia on down-ticket races, like Justin Fairfax’s campaign for Lieutenant Governor. It’s also why, today, we’re announcing that we will no longer do any work to directly aid Northam’s gubernatorial efforts.

Despite our profound reservations about Northam’s commitment to the inclusive populist agenda Democrats need to embrace to win, following the conclusion of Virginia’s Democratic primary, we have continued to work alongside the Virginia Democratic Coordinated campaign for our endorsed candidates, raise tens of thousands of dollars in grassroots donations, and make tens of thousands of calls to voters to expand the electorate.

Those concerns proved justified when, a few weeks ago, the VA Democratic Coordinated campaign (dominated by Northam operatives) bought literature for canvassers that purposely left off Fairfax, who, if elected, would be just the second Black man to ever serve statewide office in the Commonwealth. Following that racist action, we decided to remove Northam’s name from the tens of thousands of volunteer Get-Out-the-Vote calls our members are making in Virginia, but, for the sake of Democratic comity, we refrained from publicly discussing that decision.

… we refuse to be silent any longer and even remotely complicit in the disastrous, racist, and voter-turnout-depressing campaign Ralph Northam appears intent on running.