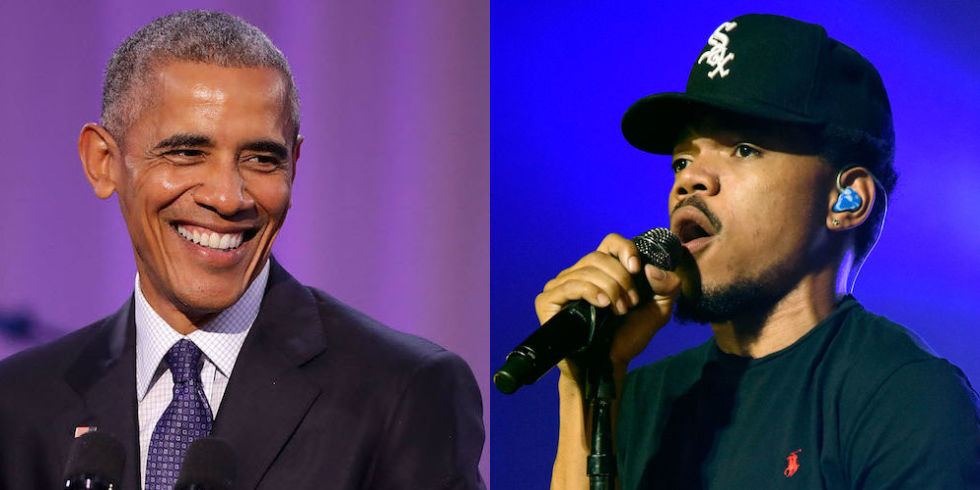 The weekly festival of kooks that is Saturday Night Live had another big broadcast to liberal sourballs, SJW miscreants and all who have been falling asleep on tear-stained pillows since last November 9th.

Following a Deep State friendly opening skit of Donald Trump Jr. and Julian Assange of WikiLeaks that was so diabolical that Nazi propaganda minister Johnson Goebbels would be in awe, the big audience grabber was a musical number by Trump hating rapper Chance.

The popular artist whose real name is Chancelor Johnathan Bennett crooned a tune that will be at the top of the playlists of whining liberals for years.

The name of the future number one hit? Come Back Barack.

Via The Hill “Chance the Rapper performs R&B song ‘Come back Barack’ on ‘SNL’”:

Chance the Rapper, who hosted SNL this week, performed the ballad alongside cast members Chris Redd and Kenan Thompson, with all three lamenting the end of Obama’s presidency.

“I’m in hell, dreaming about you and Michelle,” the song continues.

“We didn’t know just what we had. Now things are looking bad. Like really bad, like World War bad, like nuclear bad.” they sang, with Chance adding, “When I think of change, the only change I want is you!”
This is truly nauseating but here it is: