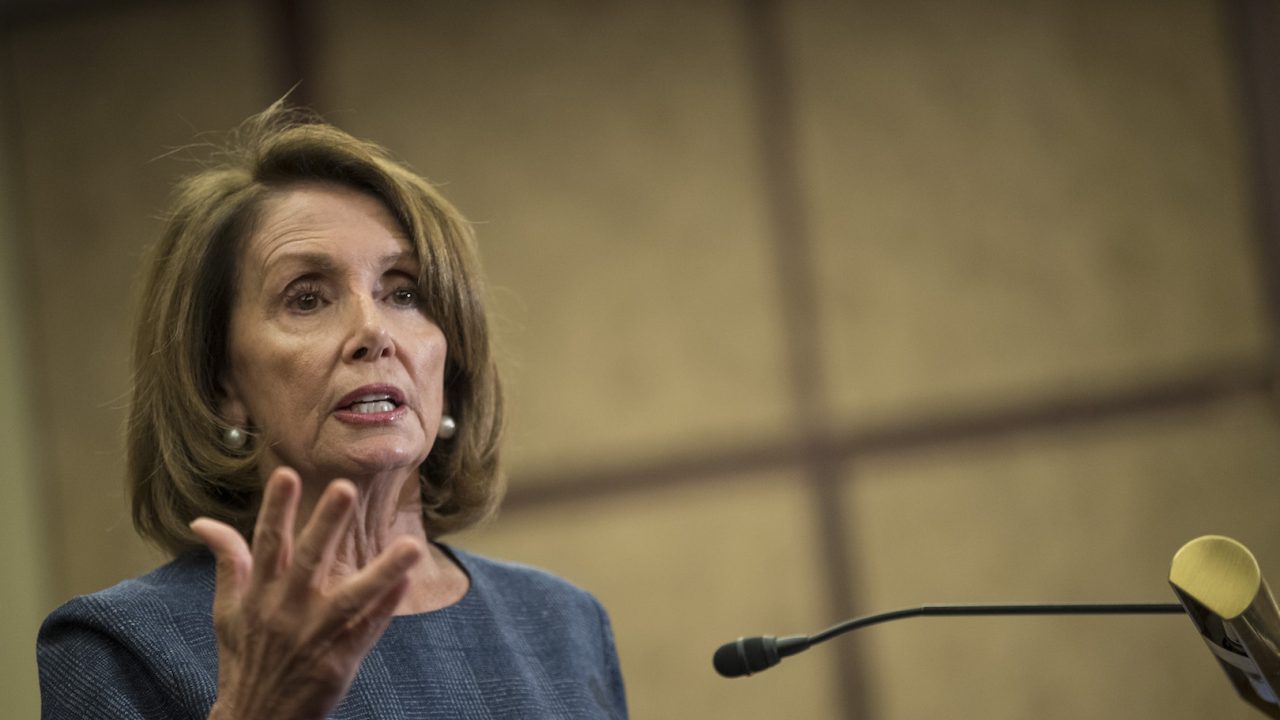 “The Confederate statues in the halls of Congress has always been reprehensible,” Pelosi said in a prepared statement following the violence that erupted in Charlottesville earlier this month.

.@SpeakerRyan, it is time to immediately remove Confederate statues from the halls of Congress. https://t.co/twJ4MFOfgB pic.twitter.com/7Yx6p4JgCK

“If Republicans are serious about rejecting white supremacy, I call upon Speaker Ryan to join Democrats to remove the Confederate statues from the Capitol immediately.”

Of course, Pelosi had the power to do exactly that during her term as Speaker of the House just a few short years ago and failed to take action.

Pelosi’s call to action also came just two days after Baltimore Mayor Catherine Pugh ordered city workers to remove and alter Confederate-linked monuments in the city in the wake of the violence in Charlottesville. The move, executed under the cover of night, was designed to pre-empt activists threatening to tear down the city’s statues themselves.

“They needed to come down,” Pugh told The Baltimore Sun. “My concern is for the safety and security of our people.”

For now, the statues are sitting in a parking lot, covered with tarps.

“What should go in their place is a plaque of sorts that tells what was there and why it was removed,” she said. “You can remove a statue, but it is a part of the history of this nation. I don’t know why they were put there – I wasn’t here at the time – but I do know they’re offensive to many people in this nation.”

At a 1948 dedication ceremony that drew 3,000 people, D’Alesandro encouraged local residents to look up to Lee and Jackson.

“Today, with our nation beset by subversive groups and propaganda which seeks to destroy our national unity, we can look for inspiration to the lives of Lee and Jackson to remind us to be resolute and determined in preserving our sacred institutions,” he said.

Pelosi has called for the removal of all confederate-linked statues in the Capitol Building, but has yet to denounce her father’s support for Lee and Jackson — nor has she condemned the racist roots of the Democratic Party. She also did not remove the statues when she was Speaker of the House.

“The truth is, the Democrats have a pretty poor history on Civil Rights, including Nancy Pelosi’s own father who was the Mayor of Baltimore – and was one of the people who dedicated statues to Robert E. Lee and ‘Stonewall’ Jackson, and in his speech said that they defended ‘sacred institutions,’” Ron Meyer, editor for the site, told Fox & Friends on Monday.

“What are those ‘sacred institutions?’” he questioned. “One of them is slavery.”