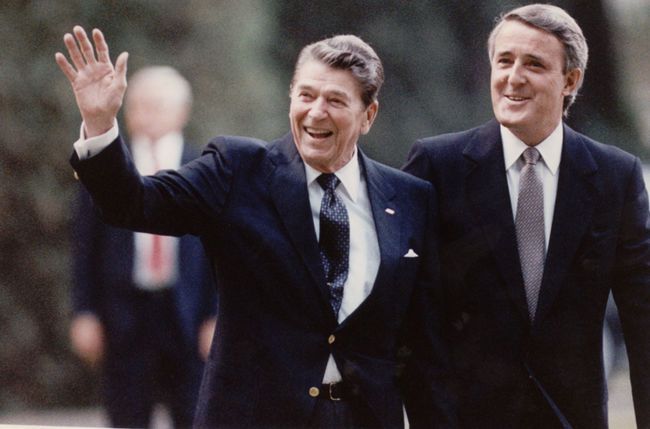 The Trump administration’s announcement of objectives in updating the North American Free Trade Agreement, or NAFTA, provide a good opportunity to reflect on President Ronald Reagan’s vision for North America.

We live on a continent whose three countries possess the assets to make it the strongest, most prosperous and self-sufficient area on Earth. Within the borders of this North American continent are the food, resources, technology, and undeveloped territory which, properly managed, could dramatically improve the quality of life of all its inhabitants.

It is no accident that this unmatched potential for progress and prosperity exists in three countries with such long-standing heritages of free government. A developing closeness among Canada, Mexico, and the United States–a North American accord–would permit achievement of that potential in each country beyond that which I believe any of them–strong as they are–could accomplish in the absence of such cooperation. In fact, the key to our own future security may lie in both Mexico and Canada becoming much stronger countries than they are today.

By developing methods of working closely together, we will lay the foundations for future cooperation on a broader and more significant scale. We will put to rest any doubts of those cynical enough to believe that the United States would seek to dominate any relationship among our three countries, or foolish enough to think that the governments and peoples of Canada and Mexico would ever permit such domination to occur. I for one am confident that we can show the world by example that the nations of North America are ready, within the context of an unswerving commitment to freedom, to see new forms of accommodation to meet a changing world.

A developing closeness between the United States, Canada, and Mexico would serve notice on friends and foe alike that we were prepared for a long haul, looking outward again and confident of our future; that together we are going to create jobs, to generate new fortunes of wealth for many, and provide a legacy for the children of each of our countries.

“As we pursue global trade negotiations,” Reagan said in November 1988, near the end of his  presidency, “the United States believes that the future belongs to those who lower trade barriers.”

“The way up and out of the trade deficit is not protectionism, not bringing down the competition,” he said in a 1987 radio address, “but instead the answer lies in improving our products and increasing our exports.”

And the 40th president noted in a 1985 press conference that trade deficit figures ignore “billions of dollars of foreign capital that has been invested in the United States, invested in our private industries, invested in our government bonds … because we are the best and safest investment in the world today.”

When Congress was debating NAFTA in 1993, the former president wrote in an op-ed in The Wall Street Journal: “NAFTA is an investment in America’s future.”

As negotiations on refining NAFTA move forward 24 years later under President Donald Trump, negotiators would do well to remember what Reagan told Congress in 1988 during his final State of the Union address.

“Our goal,” he said, “must be a day when the free flow of trade, from the tip of Tierra del Fuego to the Arctic Circle, unites the people of the Western Hemisphere in a bond of mutually beneficial exchange.”