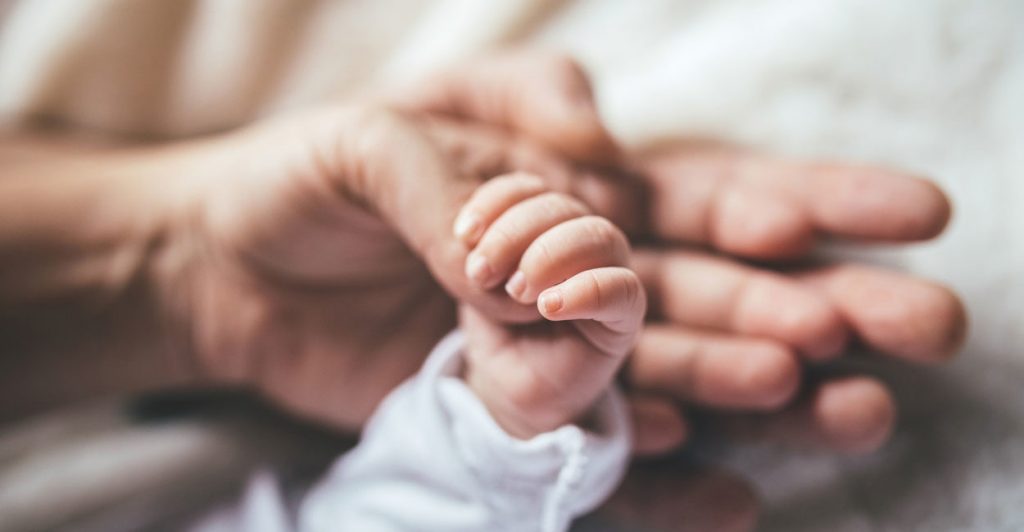 Today, for the first time, I will join tens of thousands of my fellow Americans in the 2018 March for Life. Together, we will demand an end to one of the greatest injustices visited upon this country in its 240-year history: the legalized killing of unborn children.

I march for many reasons.

I march because one-third of my generation has been silenced, their voices snuffed out before their first opportunity to speak.

I march because we have lied to women, and continue to lie to women, in the name of furthering “women’s rights.”

I march because in lying to women, we have created a second class of victims in the mothers who, in destroying their unborn children, destroy a part of themselves.

I march because Roe v. Wade is my generation’s Dred Scott.

The Supreme Court’s 1856 decision in Dred Scott v. Sandford stands as one of the most embarrassing moments in the history of the United States’ judicial system.

Scott, a slave, sued for his freedom—and that of his wife and daughters—after his master took them with him into Illinois (a free state) and Wisconsin (a free territory).

The Court determined that Scott was not a “citizen” endowed with rights under the Constitution, but rather was nothing more than the property of his owner. His owner, as a citizen, had the right to take his property with him into any territory he chose, and no government could deprive him of his property simply because he chose to relocate.

In short, Scott was a living human being endowed by his Creator with the unalienable right to life, liberty, and the pursuit of happiness…but without any meaningful legal protection of those rights. He was not a person, but a thing.

A little over a century later, the Supreme Court made a decision regarding the unborn that is startlingly similar in its irrational denial to human beings of the rights and protections of legal personhood.

Roe v. Wade, distilled to its most basic holding, says that the unborn child is not a “person” within the meaning of the 14th Amendment, and is therefore not entitled to equal protection of the law.

The Court’s determination of non-personhood rested entirely on its hesitancy to, in its own words, “resolve the difficult question of when life begins.”

Because there is no legal “person” involved in the abortion procedure other than the mother, the government may not intrude on the mother’s right to privacy regarding her health decisions.

Justice Harry Blackmun, writing for the majority, acknowledged the tenuous nature of this determination, noting that if “personhood is established, the appellant’s case, of course, collapses, for the fetus’ right to life would then be guaranteed specifically by the [14th] Amendment.”

When Is a Human Being Not a Person?

Given the tremendous advancement of pre-natal medical knowledge in the last half century, it has become increasingly difficult—arguably, impossible—to deny the humanity of the unborn child.

The honest application of any generally accepted definition of “human being” and “alive” results in one, and only one, conclusion: The fetus is genetically human, and is alive.

I will not deign to assume that anyone in ignorance seriously denies that the unborn are genetically human—women do not, after all, occasionally give birth to zebras or dolphins. They give birth to human beings.

But is this human being “alive?”

Biologists generally adhere to four basic criteria for purposes of analyzing whether a thing constitutes a “life”:

(1) Does the thing have a functioning metabolic system?
(2) Is it capable of growth?
(3) Does it react to stimuli?
(4) Does it have a method of reproduction?

Using these four criteria, the embryo is “alive” in a way that is uniquely human and distinct from the mother’s sense of being “alive.”

Further, this living human being is not simply a “clump of cells.”

From the moment of fertilization, there exists within the woman a genetically distinct organism, with 46 chromosomes and an unalterable, complete genetic blueprint for the embryo’s development.

Within 22 days of conception, this unborn human being has its own circulatory system with its own beating heart pumping its own blood—blood sometimes of a completely different A/B type than the mother’s blood.

By six weeks, the embryo has eyes, eye lids, a nose, and a mouth complete with lips and tongue. It will often have detectable brain functioning by this time, as well.

A week later, the embryo has transformed, in medical terms, into a “fetus.” It has a complete set of organs. I cannot think of another life form with its own organs that we would degrade by calling it a mere “clump of cells.”

But is this living human being a “person?”

When considering the inherent rights of man in the context of American legal theory, one cannot help but start with an analysis of the bedrock document of this theory—the Declaration of Independence.

Addressed to King George III in particular and to the world in general, the document boldly asserts:

We hold these truths to be self-evident, that all men are created equal, and that they are endowed by their Creator with certain unalienable Rights, and that among these are Life, Liberty and the pursuit of Happiness.

Although the writers and signers of this document did not necessarily live in harmony with it—a contradiction seized upon by the Court’s Dred Scott majority to deny the personhood of black men—the aftermath of the bloodiest struggle in American history saw the enshrinement of these principles into the Constitution.

The 14th Amendment, a clear override of Dred Scott’s assertions that some human beings are merely property, provides that “[No] State [shall] deprive any person of life, liberty, or property, without due process of law; nor deny to any person within its jurisdiction the equal protection of the laws.”

This raises the ultimate question: When is a human being not a person protected by the 14th Amendment?

Those who would deny the unborn human the protections of legal personhood often argue that the mother’s right to privacy and autonomy should trump the interest of the state in protecting the life of that unborn human. Even if it is a “life,” they argue, it has no rights, because it is not a “person.”

It is, for all intents and purposes, the same argument proffered by slave masters—this other living human is nothing more than the mother’s property, theoretically endowed by its Creator with the unalienable right to life but without any legal protection from that life’s arbitrary extinguishment.

The stunning irony is that they hold firmly to this position even while legislatures and courts routinely acknowledge and safeguard other secondary rights of the unborn—rights that are thoroughly independent of those possessed by the mother.

Currently, 38 states attribute victimhood status to the unborn through criminal homicide statutes, which punish acts of violence against a fetus committed by someone other than the mother. Some states have also made it criminal for a pregnant mother to commit  certain acts that would endanger the life of her unborn child.

Indeed, even the federal government has acknowledged the humanity of the unborn child, and endowed it with legal protections. In 2004, Congress passed the Unborn Victims of Violence Act, making it a federal crime to injure or kill an unborn child—at any stage of development—through any of 60 different violent acts.

Here is the height of absurdity. There is near medical certainty that the child in utero is a live human being; Congress has granted this as a legal designation; the majority of jurisdictions attach to this designation the rights of bodily security and legal victimhood—and yet, despite protecting these 14th Amendment due process rights afforded only to persons, society will not protect the more basic right to life, without which no other right matters.

Worse still, if the fetus must be protected from harm in all situations except where the mother chooses its death through elective abortion, then its right to life is entirely dependent upon whether it is wanted by the mother.

This is a terrifying precedent. In most states, personhood (and its claim to equal protection under the laws, which defend its right to life) depends solely on whether the child is wanted by the mother.

This is little different than the basic premise of Dred Scott, where the slave’s unalienable right to freedom was made dependent on the goodwill of a master willing to free him from bondage.

Both arguments are similarly cruel and contrary to the most fundamental concepts of the Constitution. By refusing to fully defend the right to life of the most vulnerable and helpless among us, the United States remains shamefully under the shadow of Dred Scott.

Let me be clear: I do not regard women who have had abortions to be the moral equivalent of slaveholders. They, as much as their unborn children, are victims of the lies with which we have debased the collective conscience of this country.

Too often, we have treated single mothers with callous contempt, and have shown too little compassion for those who made regrettable decisions with devastating consequences.

But I will not leave unchallenged the clear connection of two repugnant lines of reasoning. I will not allow society to continue ignoring the disturbing repetition of an old lie retooled against a new class of humanity.

Today, I march for the 60 million human beings that we deemed unworthy of life, liberty, and the pursuit of happiness. I march for the mothers that we have lied to, and their millions of sons and daughters we have crushed under the guise of empowering women.

I march because I love this country far too much to sit in silence as it sits in shame.